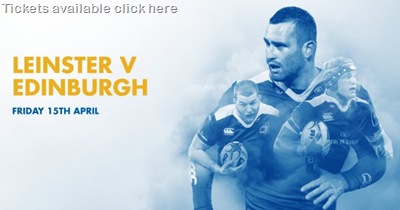 First of all, apologies for our “minimalist” approach to content-producing over the past week.

I’m sure it didn’t affect your lives too much, but we do like to keep the “harpin” going as regularly as possible (sponsors kind of dig it too) but considering this particular season started way back at the beginning of August we didn’t see much harm in cutting back for a few days and taking stock.

We actually did have a couple of posts in mind for during the week, and they both got started but we just didn’t have the will to dot the i’s and cross the t’s.

On Monday the plan was to write up Grenoble v Connacht but I never got past a few paragraphs on account of being torn between making the post look patronising (Aren’t they having a wonderful season; very unlucky with injuries esp to 10s; isn’t that Matt Healy some talent) and making it look too critical (They threw away a 19-3 lead; their tries were equally down to poor defence; despite being low on 10s they still needed a drop goal strategy for the final few minutes).

Then on Wednesday I wanted to have a look at what Leinster needed to turn being 1st place on the ladder & favourites to win the title into tangible success at Murrayfield in May.  I actually got most of that piece done but reading it over I decided not to publish because I had a feeling that Thursday’s team announcement would be something of a disappointment, and I was right.

Back in July 2015 I posted my initial thoughts on Leo Cullen’s appointment to the Leinster head coaching position.  What annoyed me most about the reactions of others was they they seemed to think the provinces were run in the same way as soccer clubs like Manchester United and Real Madrid or even rugby ones like Saracens and Toulouse.

At Leinster, Mick Dawson as CEO leads an extensive organization that has a mountain of work to get through...but when a big decision like a head coach appointment comes around, while I certainly wouldn't say it’s “out of their hands”, it does need to be looked at through an IRFU-wide lens rather than simply a Leinster one.

This is only a guess but it’s an educated one...right now the IRFU’s priorities seem to involve (1) getting at least one win on the South African tour and (2) getting all four provinces into next season’s Champions Cup.  I’d go further by saying that I’d be very surprised if “Leinster winning a 5th Pro12 title” ranked as highly as third.

Regular readers will hopefully know that I say the above to be pragmatic rather than cynical.  But whatever my motivation, the net result is frustration for fans looking ahead to the RDS tonight.

If we were able to look at Leinster purely from our own standpoint, and let’s face it at this stage of the campaign, we should be able to (though I don’t blame this on the IRFU as much as I do the season structure), it wouldn’t be hard to work out that while it is conceivable that we could win the title based purely on our defence, that’s not the most ideal basis for an overall strategy.

The title for Wednesday’s unfinished article was “Leinster must try, try and try again” and my point was that all the solid defence in the world wasn’t going to be enough if we lacked a cutting edge with the ball.  Get points on the board early, THEN rely on the defence to bring the lead home.  Easier said than done but given our playing staff it should be well within our reach.

And in recent weeks we have seen exactly why we need to be more productive with the ball.  Any team that travels to top four teams like Glasgow and Connacht and restricts them to just 1 try and 19 points combined over 160 minutes should expect at least one victory, but with 0 tries and just four penalties over the same time period, it wasn’t happening.  And given it looks like the road to the title will surely pass through those very two clubs, something will have to change.

Our schedule over the coming weeks doesn’t make our task much easier.  We may have the best defensive record in the league, but Edinburgh, who we play tonight, and Ulster, where we go in two weeks, represent the next two best teams in that category.  So we definitely have our work cut out.

In an ideal world, we would put out a starting XV tonight that would resemble the one that faced Munster very closely.  Instead, owing mostly to the “greater good” reasons I listed earlier, we must do without the likes of all three of our official leaders Isa Nacewa, Johnny Sexton and Jamie Heaslip.

That’s unfortunate, but it is what it is.  All we can hope for is that assuming they always knew the team would look like this, they have been able to use the extra week to work on ways to get the job done, because Edinburgh are by no means going to be push-overs, no less now than they were all of seven months ago (still this season though!) when we last played them at Meggetland.  The fact that they still have an eye on Champions Cup qualification plays a part as well.

Perhaps the most interesting feature of the visitors’ lineup tonight is that we get to see the same starting opposition out half at the RDS for a second time in the one season.  Jason Tovey wore 10 for the Dragons back in October but now he lines out for the Scottish capital.  Inside him is Sam Hidalgo-Clyne who’s not making as many headlines this year as last but still is a strong prospect.

Howver I’d say their biggest threat tonight will be in the forwards.  Their front row of Dickinson, Ford and Nel is the same as that which started for Scotland against Ireland in the Six Nations.  Now it’s true our own 1,2,3 combo have a test cap or six among them as well, but here is where we get into that which Leinster need tonight and on to the end of the season.

Cian Healy is not having a good run of it.  You can see it in his play - it’s not that he’s not trying to get back to his best, but I guess he’s just not trying in the right way.  That yellow card at the Aviva very well could have cost us the win and we wouldn’t be top now, so in some ways it’s annoying to see him starting the very next match.  But assuming Jack McGrath is under the influence of the so-called “Schminutes”, he gets a chance tonight.

My point is that time is running out for players like him to find their mojo.  I don’t know how they can do it but they just simply have to.  Same goes for Ian Madigan.  And as much sympathy as you can have for the injury prone-ness of the likes of Rob Kearney and particularly Luke Fitzgerald, the fact remains we need them on the park and playing to their full potential if we are to lift that trophy in May.

The bookies have a home win by 9 points.  My prediction is going to go a tad further and I’ll say we’ll prevail by 10-12, hoping our back row can establish themselves early meaning Madigan’s kicking boots, which to be fair haven’t deserted him this season, will have more chances than Tovey, who currently tops the Golden Boot standings,

But what I want to see from Leinster tonight is more than a result.  I want to be able to write on Monday about how they seem to have a plan for what will hopefully be the five remaining matches this season that goes beyond what we have seen so far.  First place looks good right now there’s no denying it.  It just looks a whole lot better when the fat lady has sung.

Here’s to another great night for the boys in blue; try and make it down if you can and I’ll see you there.  JLP