A conference call for the Pro12?

Why didn’t we think of that before for the Pro12? 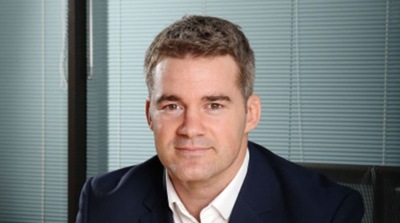 The April 1 date of publication for Simon Thomas’s interview with Guinness Pro12 chief Martin Anayi had us questioning its seriousness, but even if it was a joke we’re happy here at Harpin Manor to see the concept of Pro12 restructuring being discussed in more “mainstream” places.

Why?  Because we’ve been harping on the idea of conferences and matches outside of international windows for quite some time now.

Take the post below, which posted in May 2014.  And with London Irish in danger of dropping out of the Premiership, imagine adding them, London Welsh and London Scottish to each of the conferences?  How about Cornish Pirates, Tbilisi Caucasians and Bucharest Wolves also joining down the line?

It’s all doable if you ask me.  All that’s needed is for people to open their minds beyond the notion that for a league to be “fair”, everyone MUST play everyone else home and away.

On the subject of Europe, if we were to have our way with re-structuring provincial rugby on the continent, we’d actually rather go for something similar to that which Mourad Boudjellal floated recently, namely a season-long pan-European “super-league” competition to replace the 3 existing domestic ones.  I never thought I’d agree with him, but it is what it is.

However, I can’t see the Premiership & Top 14 clubs all agreeing to that anytime soon, and we in the Pro12 certainly can’t afford to sit around and wait for them to do anything.

There’s one teeny tiny problem with this notion, and it affects the IRFU more than anyone else. To go for this would involve a sacrifice from Irish Rugby, in that it would pretty much eliminate our chances of getting all four provinces into the European Cup.

Still, we need to be pro-active to fix the many ills of our league, and hopefully that interview is a sign that something is being done. JLP

*posted on our old “Harpin2” blog in May 2014*
Rather than put lipstick on the pig, what say we carve it up so more can get a taste?
What you see above could be how Welsh rugby fans see the Pro12 table.
Well…the ones who follow the regions that is.  If it’s the ones who follow the clubs, they wouldn’t be looking at it at all because they’d probably fear getting some Roger Lewis stink on them.
But whatever we say about the crisis in Welsh rugby, it seems this imperfect entity, once called the Celtic League (which at least had some branding to bind all the teams together) but now is simply called the Pro12, is to stay with us for a while.
Today we saw the publication of a Pro12 “Team Of The Year” for the 2013/14 regular season.  I’m not writing this post just to complain about the composition of the team, though I definitely could as there is only one from the Glasgow Warriors despite their having won more matches than any other team in the league this season.
Anyway…arguing over such teams is pointless.  Nobody is ever going to agree anyway.  If it were down to me, I wouldn’t have an official team like that for a multi-national league and leave such squabbles to us bloggers.
What the Pro12 needs to do in my opinion is to turn it’s biggest weakness into a strength.
I called for a conference structure before when I wrote up the Zebre v Leinster match back in February.
Thing is though…I probably have to make my argument again - why?  Because not many people were all that interested in a writeup for Zebre v Leinster back in February, probably not even fans of the two teams involved as it was also a Six Nations weekend.
So here’s a snippet of what I said back then :
One thing is for sure…a single 12-team league for teams from three or four separate nations is not sustainable.
In American sports, they of course have their own issues, but in general they have a decent handle when it comes to structuring the season.  One key element of this is the organisation into conferences and divisions.
This format, which was adopted by Super Rugby a couple of years ago, is designed almost exclusively to deal with many of the problems we now have in the Rabo.
Say, for example, the 12 teams played each other throughout the season but instead of one big table there were three divisions of four along geographical lines.  Teams would still play across the divisions but there would be more emphasis on matchups within their own.
Under this system not only could you have more derby matches and less travelling, but in the Welsh case it would surely be a lot easier for the press to cover the league over there - a four-team league table of all regions looks a whole lot better (remember : a major goal is to attract new fans, even the fair-weather ones) than a big 12-team one with Irish provinces at the top.


Here’s my suggestion for the Pro12 conferences:
I suggest that the regular season fixtures are cut to 20, so we can lose two rounds during international time. (If clubs are still concerned about losing two matches from a revenue standpoint why not organise lucrative exhibition matches for those dates?)
Then teams play each other within their conference four times instead of two and then each team from the other conferences once.  Would you be up for extra chances to get to interprovincial matches throughout the year?  Ulster v Leinster in Ravenhill was last Friday but the last time they met there competitively was December 2012.  Over a calendar year in between.
I know the Scot-Italian thing could pose problems travel-wise, but what if double-headers were arranged with 5-day turnarounds?  GLA v TRE & EDI v ZEB on Sunday, GLA v ZEB, EDI v TRE on Friday, for example.  Wouldn’t be perfect, but we have to play with the hand we’ve been dealt.
Overall what it means is more derby matches, though still some cross-over ones, but most importantly when, say, the Welsh press report on the league they can focus on their own conference and a region will always be “top of the league”.  That may sound like a trivial point, but in marketing terms I feel it’s an important one.
The common consensus is that nobody cares about clubs from other jurisdictions, so with a tweak to the structure we can give them the chance to ignore them, at least until play-off time.
As for qualification for those play-offs, obviously the winner of each conference would reach the knockout phase, plus there can be any amount of “wild-cards” you want, though I would suggest the two runners-up with the best records play each other to join the conference winners in the semifinals.
I’d also ditch the “Pro12” name to leave the league open to expansion. Maybe a long term multinational sponsor can lend it’s name (I hear Heineken might be available) but should the Welsh ever want to add a 5th region, the proposed Aberdeen franchise ever come about or dare I say it, teams from places like Georgia want to join, it should be done without having to re-brand every time.
By the way…on the notion of a “British & Irish League” - that sounds great but I very much doubt the English would ever agree to it.  It would create the very real possibility, even with the Rugby Champions Cup super-loot, of all PRL clubs going without a major trophy in a season.
I’m not saying my suggestions are perfect by any means. It’s just something to get a debate going, based on a premise that we cannot force this league through as it is and just hope that the problems it currently has will go away.
Surely it has to be better than naming three players from a region that can’t finish higher than sixth to the league’s so-called “Team of the Year”?  JLP
at April 02, 2016