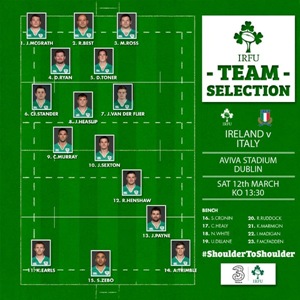 Keep your friends close, your enemies closer and your quality tightheads closest of all, isn’t that what they say?

On Wednesday I went on a bit of a ramble where I harped on the general situation Joe finds himself in these days after a poor start to the RBS Six Nations.

A few bad results in a row have pretty much erased any goodwill earned in the first couple of years of his tenure, assuming that they earned him any at all with a certain section of Irish commentators.  And they have been out in force this week making sure that we know that “even a 50-point win” over the Italians won’t be enough to satisfy them.

Well my take on the whole thing is that it is time for some change in the way Ireland do things, though that doesn’t mean he needs to accept all the premises laid out by the group I call the #SchmidtStirrers.

All I reckon is needed is for him to start opening up his attacking mindset once more (which he already seemed to do in Twickenham) and let the impending arrival of Andy Farrell take care of the tweaks required on the defensive side of things.  Doesn’t need to be anything too drastic from where I’m seeing it; once we’re being proactive rather than reactive we’ll be fine.

I made a point in that article of not mentioning any specific personnel required - now that the team to face Italy has been named, we can look at this end of things more closely.  And I have to say, he hasn’t done a whole lot to dispel this word “conservative” that’s being bandied around!

But that is the way we are going, and the possibility is still there that even though the makeup of the team is similar to that we have seen in recent times, perhaps the style of play will vary and we won’t see the over-reliance on box-kicks (though I still maintain that once they achieve their aim, as they did more often than not against England, they should be retained as a weapon).

And as I intimated in my opening line, the importance of Mike Ross to Irish Rugby cannot be overstated.  Again, this is an area where we should be putting much stock into finding reliable injury cover, but much like the centre positions, when Mike is fit, he plays, and there’s no doubt that makes us a stronger XV.

It’s a shame Stuart McCloskey hasn’t been accommodated in the matchday 23, as with van der Flier and Dillane also featuring it would have been good to reward all of the “newbies” from Twickenham.  But instead on the bench we have gone for Madigan and McFadden as bench cover...they had contrasting fortunes against the Ospreys last weekend though they were both heavily involved in the impressive try.

All of the above leaves makes the previewing of this match problematic.  Even leaving the detractors’ opinions out of the equation - what exactly do we want from this game?   And can we take victory for granted?

Well, going by the form book, while the Italians have shown a few sparks here and there throughout this campaign so far, as is usually the case with them there hasn’t been anything near what we could call and 80-minute outing that could produce a result.  And you only need look at the Pro12 table to see how “well” their clubs are doing.

So even with all the doom and gloom floating around this weather, you have to say the 23-point margin put out there by the bookies seems to be about right.  I’m not saying the Italians will be soft touches, but I do firmly believe they are going to be frustrated with the ball - it’s all a matter of what hay we can make when we have it ourselves.

Which brings me to my prediction.  I think we’re going to beat the spread, winning by around 30-odd points.  There will no doubt be plenty of fodder for the #SchmidtStirrers to pick at, like a 15-20 minute spell without scoring or maybe a lost lineout or two, but there will also be something the Irish public badly need to see - us scoring tries in ways other than Conor Murray darting over the line on the sly!

After the way the last two years went, these last two home games are bound to be an anti-climax for Irish fans, but hopefully that won’t take away from the whole matchday experience at the Aviva Stadium.  It’s always a special occasion whatever the implications of the result, and here’s hoping the crowd can stand shoulder to shoulder and give the boys in green the welcome they deserve.  JLP 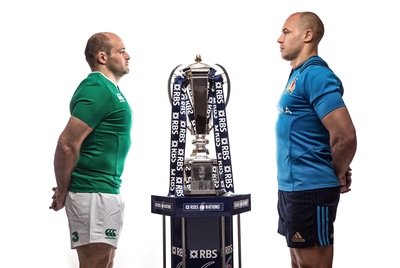