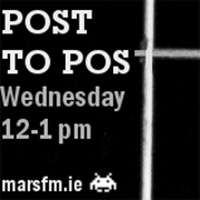 The shameless plug that likes to dress up as an Article

Post to Post is on Wednesday at 12, and we want to hear from you.  Yes you.  Specifically you.  Not that other person, you.  We’re going to put up the big issues of the week and we want to know what ye think about them.  So let’s take a look...

So the championships gone, and this is Italy at home, how do we use this game.  Is this the chance to blood young players?  Dillane, McCloskey, and van der Flier surely did enough to keep their places, should more new names follow?  Finlay Bealham and Jack O’Donoghue are the uncapped players in the squad, will they get a look in?  This isn’t exactly a free game.  The world rankings matter with the World Cup draw just around the corner (yes, really, I know right?).  In addition to that, financially there is a difference between 4th and 5th, and losing to Italy at home is not exactly an option.  Winless from the first two means it’s time for a statement.  But is that statement going to be a revamped Ireland team put up a huge score for Irelands first win, or the tried and tested side are back on form, and it was all just a blip.

Marmion at scrumhalf?  Zebo at Fullback?  McGrath or Healy?  Stander to 8?  Payne back in?  Who should start where?  Let us know what ye want to see on Saturday.

Start with Leinster, and as we all know any time any Irish player has done an offload since October they’ve gotten a rousing round of applause.  Particularly when it’s one as well timed as Fergus McFaddens.  He could have thrown it earlier but he held on and Leavy was in.  What about the performance as a whole?  Slow start and nervy finish, Ospreys got back into it pretty effortlessly and there was some risky defending late on.  We’ve all seen how Ireland have suffered due to not building leads when they are on top, Leinster nearly suffered again here.  And what of Ben Te’o, poor decision to let him leave, or was it always going to be this way?

Strong defending from Munster helped them get to within four points of the play offs.  The Dragons could have got over for more but Munster got the bonus-point win they desperately needed.  Can they get into the top 4?  A lot of passes going to ground early on, but considering they were missing Stander and Murray, this has to be considered a good performance.  Credit in particular goes to Dave O’Callaghan and Dave ‘scores when he wants’ Kilcoyne.

Ulster took their time over it but got their bonus point in the end.  Nick Williams was a wrecking ball, can he drive them on to success?  What about Jackson?  Made an error early on but recovered, should his recent form have him in the team?

Connacht still top of the table, despite Edinburghs second half resurgence.  Aj MacGinty particularly impressive.  Can they continue this run of form.  And can they carry this momentum on next season as they now look set to lose Aly Muldowney in addition to Henshaw

And the rest?  Edinburgh did well to get a bonus point and are still in the mix.  Have the Scarlets done enough?  Can Glasgow recover from a poor start and get the chance to retain?  Are Ospreys going to make it?  Who’s getting that Italian place?  How will the Aviva Premierships new TV deal impact on the Pro12?  What do ye think?

Passion and emotion in this argument everywhere you look.

People who want to ban tackling in schools rugby because they can’t allow themselves to believe children should be allowed to risk their health.  People who believe now that we know what we know about concussions, it is morally unacceptable to let children do something that could destroy their lives.

And People who don’t want to change the game.  People who believe it’s always been this way and most players are not horrifically injured.  Rugby fans who say you can’t possibly learn how to play the game without knowing how to tackle.

Well? Do we simply turn to tag rugby? Is there a better way than banning tackling?  Or is there even any need for change?  Sports are sports, life is dangerous?  Is it worth the risk? Is it unreasonable?

And what about everything else?  Any other rugby issues that ye have opinions on we want to hear them.  Let us know and we’ll discuss your comments and questions on the show.

We are live on MarsFM.ie Wednesday from 12, you can listen right here: http://www.marsfm.ie/#/

You can also follow us on Facebook and let us know your views and what you want us to talk about: