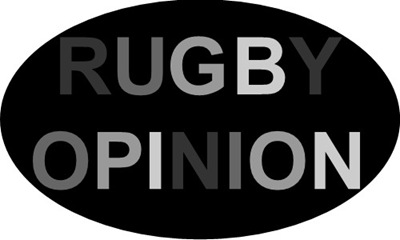 Expected a LBP so not that bothered by the result, but that was the second game in a row we let get away from us. Need the win next week.

Madigan should never play for Leinster again. Was totally anonymous for the majority, did nothing to control that game, missed tackles and barely touched the ball really. Marsh was poor last week but wouldn't have been much worse. We need him for next season so at least there's something to be gained from playing him. Sexton can't come back quick enough.

Players from @connachtrugby v @leinsterrugby deserve huge credit for playing a great game of rugby today. Was a pleasure to referee it.

Congratulations to Connacht Rugby. They adapted to the conditions, had tremendous belief and deserved to hold on. Leinster with all the international players were overall atrocious. Attritional rugby devoid of any expanse, thought or flair and indeed didn't come alive till well inside the last 10 minutes. A hugely poor defensive try to give away as well and no threat of any real substance. This type of rugby will make it difficult to take the Pro 12 title in Edinburgh in May. It's not the rugby of prospective champions. Huge performances now required in the last 4 games. #COYBIB

Well at least he took them.

Not a lot of ambition left in the side. We look utterly blunt and repetitive. Connacht definitely the good guys today and ran out deserved winners. We seem to have completely forgotten how to attack. Very disappointing...

Unbelievable support from @ConnachtClan for @connachtrugby ,rugby is flying in the west long may it last. Well done deserved win #CONvLEIN

Have to admit I wasn't surprised by the result but I was surprised by the score I thought there would be a few more scores, but the defences were brilliant on both sides I'm not going to get into the blame game of blaming players for decisions, there were plenty of errors on both sides so you can't go and pick out one player because he made a few, I noticed our boys had a lot of knock-ons from 2 certain players do we slate them in particular if one of those passes went to hand we may have had another try. My old man had a saying that " If my aunt had balls she would be my uncle". It was a great game and it was full of great defence and wholehearted play and from the start everything was left on the pitch.

Well deserved pure guts and willing to die for each other. Galway the place to be tonight

Awesome stuff @connachtrugby. Really want to see you guys have another trip to Murrayfield this year :).

Same old story. Basics lacking when needed. Scrum and lineout creaked. Panic decision not to kick penalty down the line and build territory. The MOC box kick to nowhere legacy lives on. And now we have Madigan who clearly just doesn't care any more

Well done Connacht mighty defensive effort at the end. Literally a bounce of the ball in it, this would make for a super Final. #COYBIB