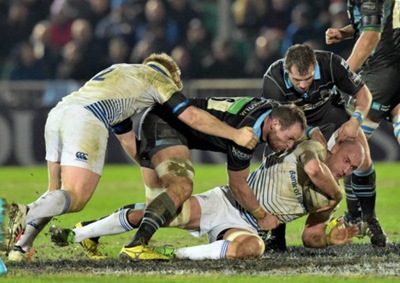 Well, the game in hand’s gone

On Friday, round 9 of the Pro12 was finally completed, alongside round 12, talk about procrastination/multi-tasking.  Now I know what you’re thinking, you’re thinking “wheres Jeff?” and “Who’s Ciarán??”.  Well Jeff was busy with the Ireland game and so passed on the honour of writing the match review for Leinster.  I don’t know how many people had to say no before it was passed on to me, but nonetheless, I’ll do my best.

So enjoy this soy-based imitation match write up of Glasgow – Leinster.

At some stage early in the second-half, maybe even late in the first, it became evident that all the scores in this game were going to come from the tee.  12-6 the final score, a disappointing but not disastrous result.  The game in hand that loomed over Connacht for so long is gone, a losing bonus point was all we could take from it.  Scotstoun is a difficult place to go, but still looking at the fixtures Leinster have left, big results are going to need to come from somewhere.

And this really did seem like the opportunity to pick up four away points and all but solidify a home semi-final.  Leinster had all the possession early on, and were winning the collisions.  Defensively, Glasgows line-speed was impressive, but they couldn’t get their hands on the ball.  Nacewa kicked an early penalty and it really did seem as if this would be a good day.  Leinster were offering everything in terms of attack, James Tracy made a Cronin-esque break, Marsh very nearly found a gap, and Ringrose was carrying well.  A try seemed inevitable, just needed that break.  That break didn’t come.  Clegg kicked Glasgow level from the first bit of territory they had and just like that it was level.  Clegg would kick another to put Glasgow in front, against the run of play it should be added.

The first 20 minutes were good from a Leinster point of view, the remainder of the game was error strewn.  Cathal Marsh had a day to forget.  I’m not going to slate him, he’s a young player who has had a pretty good season, and a lot of his errors can be put down to lack of experience.  There was a moment in the first half, where Leinster had an overlap thanks to some fine play by the returning Dave Kearney.  Marsh played a long pass when really it should have gone through a few more hands, two more passes rather than one big one and that would have been 5 points.  There were plenty of other chances, Kirchner nearly linked up well with Te’o, which ultimately resulted in Leinsters second penalty of the game.  Nacewa missed a penalty late in the half, which meant it was 6-6 at halftime.  On the basis of the first-half Leinster should have been well ahead.

Lets talk about Glasgow.  Injuries mounted up during and prior to the game.  They had to use all 3 of their replacement backs early on, and lost the impact that would have brought off the bench.  In the opening 20 minutes it appeared Leinster would blow them of the pitch.  They held firm, defensively they really were excellent.  IT hasn’t just been injuries that has set the back.  In fact they’ve suffered slightly more than Leinster have this season by losing players through internationals, but they aren’t letting this title slip out of their grasp, somebodies going to have to work really hard and show a whole lot of heart to take it off them, perhaps some fellas from the west.

Glasgow came flying out for the second-half.  They played with a lot of pace, making themselves very hard to live with.  Two more penalties from Clegg sealed the win.  Glasgow were better in the second-half than Leinster were in the first, so on balance, right result.  When we look back on what has shaped this Pro12 season, the re-signing of Rory Clegg is going to be a big one.  He was fairly perfect on the day.  As good as he was, Nakarawa was sublime.  He won a key turnover with minutes to go when his side were under pressure, and then he stole a lineout with the clock in red.  A bulldozer throughout the game, well deserving of his man of the match award.

The Warriors now find themselves just 4 points off Ulster, who they play next.  They also have one more game in hand against Zebre to come.  The defending champions find themselves in a good place after slogging out a win here.

In terms of Leinster, there were bright sparks in a lacklustre performance.  Tracy and Ringrose were once again standout performers.  Plenty of chances created, taking them was the issue.  Not a dreadful performance, but a sluggish one, and one we can look back on as points dropped and an opportunity missed.  I don’t buy the ‘Leo’s making too many changes argument’.  This season we’ve had the World Cup as well as the Six Nations, it was bound to happen.  Also considering this is Leo’s first season in charge, it was always going to be some kind of transitional season (I have done my upmost to avoid that word until now, I feel like I should be allowed to use it once).  When next season comes around, we will be glad that these young players have been blooded.  One of the most important features of Leinster throughout 2008 and 2012, when they were one of the best teams in Europe, was competition for every position.  Well this is where competition for every position begins.

All in all 19 points during the Six Nations is not too bad at all.  The performance undoubtedly needs to improve for Connacht on Saturday.  Returning internationals will add to the team, but they can’t allow the game to fizzle out as it did on Saturday, and need to show more composure close to the line.  A losing bonus-point that could prove valuable, a loss that could yet prove costly.  Next Game. 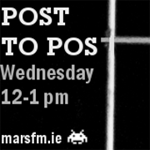 Post to Post isn’t on air this week, but we’ll be back next week, Wednesday at 12 on MarsFM.ie.