Start your day with five eye-catching egg-chasing quotes & links from around the ruggersphere.
Many thanks to our Heineken/Off The Ball competition winners
Aoibhin Kenny and Rachael O’Brien
for sending in photos from last night’s event in the RDS 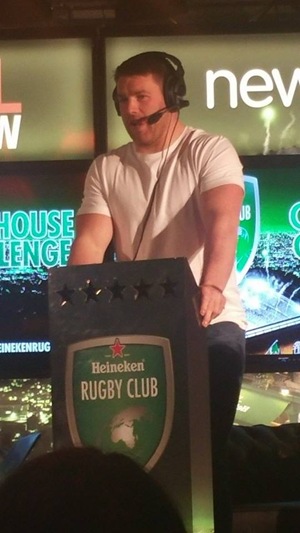 "If we were programmed not to offload, we'd never look to do that. To us it's laughable at times, how much people home in on this and focus in on it."
Sean O'Brien hits back at "laughable" criticism of Ireland's style under Schmidt
Raf Diallo - Newstalk's Off The Ball
The scene of the medic remonstrating on television with the referee as he did his job was a bad look for schools rugby.
Lack of respect for refs makes schools rugby just like soccer
Ger Gilroy - Irish Independent
ex-Blackrock College student Dylan Fawsitt...was part of the same 2009 Leinster Schools Senior Cup-winning team as Andrew Conway, Jordi Murphy, Denis Buckley and Dave Heffernan
Irish links aplenty as USA’s new rugby competition announces squads
Murray Kinsella - The42.ie
It was believed verbal abuse of a player based on religion, race, colour, national or ethnic origin, sexual orientation or otherwise carries an entry-point sanction of four weeks.
England prop Joe Marler will face no sanction for 'gypsy boy' insult and is free to face France
Gareth Griffiths - WalesOnline
The fact that Jones is an Aussie seems to make England’s success all the more difficult for the Kiwis to swallow.
New Zealand Rugby TV Show Gives One Hilarious Reason For England’s Success
Alan Drumm - Pundit Arena

Note - views expressed in "Front Five" links do not necessarily reflect those of HarpinOnRugby
at March 17, 2016