Start your day with five eye-catching egg-chasing quotes & links from around the ruggersphere.
Click here for our #IREvSCO writeup
and here for Glasgow v Leinster by Ciarán Duffy
Also keep an eye on our Facebook page during the week
to enter our competition courtesy of
www.p302.co.uk 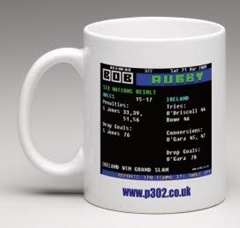 "It's great to have him back. He's been out on the training pitch and he's really excited to get back in the fold"
Fitzgerald to return as Conan blow confirmed
Cian Tracey - Irish Independent
Garry Ringrose is still listed in the Leinster academy but after becoming a regular starter this season for the first XV, and following some outstanding performances, contract re-negotiations followed.
Irupa chief welcomes academy players’ pay increase
Gavin Cummiskey - Irish Times
...on the whole a greater number of reviewed decisions (in NRL) have proved correct while the time to make a call has been reduced significantly.
World Rugby open to NRL-style bunker as TMO decisions frustrate
Sam Bruce - ESPN.co.uk
...probably right now in the northern hemisphere we could do with a shot-in-the-arm and remember what makes us love this sport so much in the first place.
Is The Spirit Of Rugby Slipping Away?
Paul Wassell - Pundit Arena
Jamison Gibson-Park has been heavily linked with a move to the province over the weekend as Leo Cullen looks to bolster his resources ahead of next season.
‘Nothing has been finalised’ – Leinster remain coy on signing of Kiwi scrum-half
Ryan Bailey - The42.ie

Note - views expressed in "Front Five" links do not necessarily reflect those of HarpinOnRugby
at March 22, 2016