Sexton begins by saying that he always thought homelessness was the people on the streets. He added that he certainly wasn’t aware that there are big families in one room in a hotel.

Irish head coach Joe Schmidt added “one of the things that has been good for the players in this campaign is that they’ve got a greater awareness and life’s not that easy sometimes for them either, particularly not at the moment – it’s been a tough few weeks for them but it puts things into context when you’re representing your country."

He added “I think it is an incredibly good group who work very hard but are also very grounded and aware that they need to be helping people if they have that opportunity”.

Rala asks the obvious questions of can it be fixed and will it be fixed? Roisin McDonnell, Focus Ireland answered by saying the majority of these families have no reason to be homeless except for economic reasons and this campaign is allowing Focus Ireland to get the message out there that there is help available.

McDonnell continued and thanked the Irish team and the players for getting on board with the campaign and because of their support, Focus Ireland were able to shed a different light on homelessness that they have never been able to do before. Seeing the logo on the jackets she claims is bringing a whole new level to Focus Ireland and getting that message out there.

Three is also making its own ‘call’ to Ireland’s rugby fans and the rest of Ireland to help by texting HOME to 50300 to donate €2. Focus Ireland will receive a minimum of €1.63. 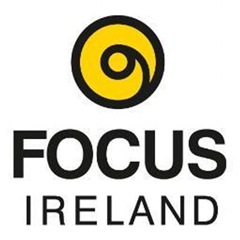