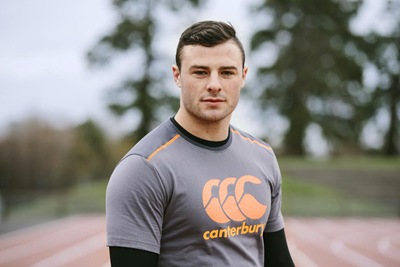 As part of the agreement, Henshaw will endorse the brand’s comprehensive range of training wear and rugby lifestyle clothing.

With a total of 16 Ireland caps since making his full debut in 2013, and an impressive 65 caps for Connacht since 2012, Henshaw has already established himself as a key player within both teams and is set for a promising RBS 6 Nations.

The new deal reinforces Canterbury’s commitment to the game and sees the brand expanding further into the Irish market, complementing their already impressive global representation in rugby.

Robbie Henshaw, Ireland Rugby Centre, said; "I’m delighted to be an ambassador for such a renowned rugby brand as Canterbury and really look forward to working with them.”

Canterbury’s CEO, Chris Stephenson, said; “We are proud to announce that Robbie Henshaw has joined the Canterbury brand ambassador fold. We look forward to working with Robbie, who has an impressive career to date and we wish his every success in the current RBS 6 Nations.”