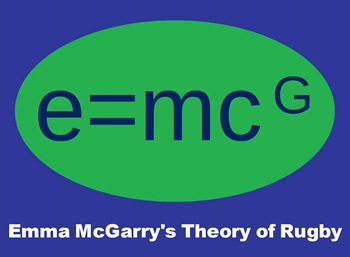 I may have to evaluate Leinster v Dragons at a later point as this piece was nearly finished before we kicked off. *Sigh* (Bravo Jeff for being able to keep up with Leinster’s antics every week.)

We’ve established how totally unacceptable the result v Wasps was for a team with quite the CV when it comes to Europe. It left Leinster supporters reasonably ticked off that “our boys” seemed to give up in the second half. Perhaps their minds had already turned to the Pro12 before we had even kicked off. Even so, this standard will not be tolerated no matter what the circumstances, we're better than that. There is never nothing to play for. We have more pride than that and I thought that was evident against Bath the weekend previous. However, the difference between the two fixtures? The starting XV. Leo struck the right blend of youth and experience against Bath. Garry Ringrose, Ross Molony and MOTM Josh van der Flier have well and truly made themselves known to the supporters (and have caught the eye of Schmidt while doing so). Yet still Cullen returned to a team of “off-form OAPs” to face Wasps. Little explanation was offered as to why so we may wonder all we like.

The departure of Johnny Sexton less than 10 minutes in was incredibly concerning given his history of head injuries. After passing his HIAs, Sexton has been declared fit in for Ireland’s opener against Wales on 7th February but again questions have arose around the issue of concussion. There has been heightened awareness of this issue after the early retirement of Kevin McLaughlin in September of last year. George Hook commented during the week that Sexton should consider early retirement, an accomplished young man with a young family, has it gotten to the point where perhaps it would be best? How would Ireland fare without him? I think we’d survive, Paddy Jackson has come on leaps and bounds since his last injury and is the only decent out half available to us as things stand. While it would be sad to see him go, you have to wonder is anything worth the long term effects of head injuries? Schmidt seems to think little of it...

Martin Moore confirmed this week that he will in fact leave Leinster at the end of this season and Wasps are welcome to him. Unfortunately for him, a tear in his hamstring has ruled him out of the 6 Nations. Doubts surrounding Mike Ross’ ability in his “old age” have cropped up again. I think he's a great mentor for the young lads like Tadhg Furlong (who is much less injury prone than Moore) and our talented academy players.

Joe Schmidt is looking down the barrel of the most difficult 6 Nations campaign thus far in his career. Although you could argue if we’ve learned anything from the World Cup, it's that big names do not equal big results. I reckon it's time we brought it back to basics. 2014 tournament, Schmidt called a number of baby faces into his squad and brought us success that same year. Iain Henderson turned out to be a brilliant discovery.

Supporters have been calling for Garry Ringrose to be given a chance at international level this year, myself and BOD included, but Schmidt has taken a cautious approach  saying he’s too young and it could knock his confidence. I see his point but I stand by what I’ve been saying. Even having Ringrose in camp around higher calibre players would benefit the 21-year-old immensely. He’s fresh, he’s exciting, he’s exactly what we need.

Many of our internationals will be (and should be) constantly looking over their shoulders during this tournament. The tiresome Stander v Heaslip debate comes to mind, and another somewhat popular opinion? Jared Payne should given the opportunity to play at fullback. We’ve seen his natural aptitude for this position so why not let him at it? He’s been miles ahead of Rob Kearney for the past two seasons. Plenty of the “elder lemons” could do with the pressure for jerseys, underperforming cannot be tolerated if we want continued success and development.

It has been announced Ulster’s Rory Best will captain Ireland, a good choice. He’s by no means one of my favourites but I can see the appeal, he demands respect and has the ability to rally his team. Sure what more could you ask?

Schmidt has named 5 uncapped players in his squad. The squad’s newcomers:

Versatile, 24 year old Connacht prop Finlay Bealham has been called up to replace the injured Moore.

Second hat tip of the day goes to CJ Stander who has enlisted the help of teammate Donnacha Ryan to learn Amhrán na bhFiann since being called into Ireland camp. Could he be any more likeable?

Robbie Henshaw suffered no ill-effects from his return for Connacht and has been released from Ireland camp to play for the province against Scarlets.