Dealing with departures and the "Test"-ing times ahead 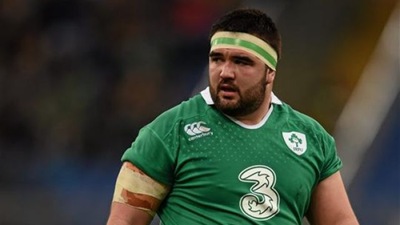 There is absolutely no doubting Moore’s talents.  Holds down his side of the scrum, well able to make the “hard yards”, and he is particularly good at getting over the ball and forcing turnovers, surely a bonus feature on a tight-head’s resumé.  If this proposed move goes ahead, Leinster’s loss for the next three years would certainly be Wasps’ gain.

I was all set to post yesterday on the reports of Marty Moore’s plans to go to Wasps next season.  But as it sat in my draft folder, I couldn’t bring myself to click “publish”.


This reluctance had nothing to do with Moore himself.  As you can see by the paragraph above from the original piece, I have nothing but respect for the player and if the reports are true I’ll be sad to see him go, though of course I would wish him nothing but the best of futures at his new club.


My worry about posting partly came from James Cronin’s proposed move to London Irish, a story that got thoroughly debunked shortly after breaking.  But it mostly came from the fact that the JJ Hanrahans and Ian Madigans are probably the tip of the iceberg when it comes to quality players due to leave our shores, and I have a funny feeling I will end up repeating myself in doing posts for each and every departure.


So how best to sum up my feelings on them?


Of course I’m not happy with these players leaving the provinces.  And of course the ideal scenario for Irish rugby is to have all our test-eligible players lining out for the provinces where the fans can see them and where the coaches can properly monitor them.


That said, I’m slowly coming around to accepting that these are an inevitable by-product of the way the money in the game is shifting.  Eventually we will have no choice but to fight fire with fire, but to do that we need cold hard cash and that’s not likely to fall into our laps overnight, at least not in the four-year cycle ahead of RWC2019, let alone the three-week cycle ahead of Six Nations 2016.


So for now, while we need to make these players fair offers when negotiation time comes for their contracts, should they still choose to go I think we need to be realistic about the state of the European game right now.  By that I mean I’m not so sure we can afford to rule these players out of contention when it comes to selecting test squads any more.


The English press are making big noises about the supposed Eddie Jones revolution.  That’s not to say there’s no criticism of his squad, but that seems to be focusing on the omission of Tom Youngs.  I have yet to see a column inch about the fact that they have decided to persist with their policy of “punishing” those who have chosen to ply their trade in the Top 14.


It remains to be seen whether or not this is a wise choice, though I have to say I find it amusing watching pundits pouring over the numerous permutations for their back row when the name Steffon Armitage is so remarkably conspicuous by its absence.


But my question from an Irish perspective is...can we afford to do the same?


For example..according to Gerry Thornley, Wasps are willing to allow Moore to return home for international windows.  The problem with this is that he would probably have to miss Joe Schmidt’s “mini-camps” and it has been widely reported that he craves this time with his players and generally factors this in when selecting his matchday 23s.


And don’t think I’m ignoring the flip side of this argument...that those who have already committed to remaining in the Irish system could feel a tad hard done by if those who left get chosen ahead of them.  Such grievances would be thoroughly understandable.


But all I’m saying is that something is going to have to give.  Sure, we want our best players to be based here.  It’s just that for me, it’s even more important that we have our best players wearing green when it matters.  JLP

Our Leinster v Bath preview will publish later...was going to include the above thoughts but I kind of harped on for longer than expected so made a separate post of it.
at January 15, 2016