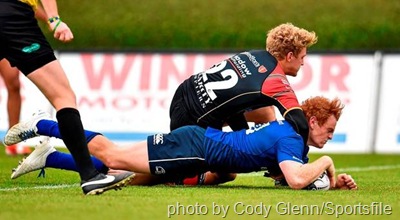 With the fine weather throughout the week I really thought I’d get away with just a shirt at the RDS last Saturday but boy did I get that wrong.  Bloody freezing I was!

Thankfully Cullen’s Cubs made it all worth while with 5 Pro12 points and plenty to feel good about going forward.

No Leinster fan who was there to witness our reversal to the Dragons last February could avoid recalling that fateful day.  Those were demons which badly needed putting to bed, and I have to say when the scoreline read 6-10 to the visitors after 23 minutes, thoughts of another nightmare were creeping in.

But here is where we can back up the truck a bit.  The opposition then was indeed the same to last weekend, yet the outlook of the 15 Leinster players on the park was very different.

Where before we would run the ball into contact no matter what the situation, now we’ve gone almost entirely in the other direction with offloading very much to the fore.  Now I have to say as much of a fan as I am of attacking rugby I’m not sure all the offloads we were attempting were advisable, but still the overall mentality has to be admired.

At the heart of this strategy to kick off our 2015/16 campaign has been Cathal Marsh.  Starting out half for three weeks in a row now, his performances have improved steadily over that time culminating in his first senior try which secured the bonus point as well as a deserved man of the match award to go with it.

It wasn’t as though the visiting Men of Gwent were easy opponents, either.  Well, ok - maybe, in fact screw that it’s not maybe, DEFINITELY, their tackling went south in the final quarter, but in the early stages, while they weren’t exactly tearing us apart, their general game was, to use a word oft uttered by the Welsh, “tidy”.

But Marsh seemed comfortable throughout sizing up his options and going for the right one each time.  I must admit I cringed when I saw him spurn a 4-on-3 overlap in the first half to instead take it himself but I was proven wrong when he made it about 50m down the field putting his side on the attack.

Another time it was a grubber kick through for territory.  And another, it was a quick tap penalty keeping the Dragons defence honest - this led to our second try.  One thing for sure, this lad is no “one-trick pony”.

His progress is making the decision to relieve him of the placekicking duties an inspired one.  I saw him many times kicking from the tee for the A side and he seems to have no problems in that area, yet so far this season the role has been shared by Isa Nacewa and Fergus McFadden, who went a perfect 6 for 6 on the day including some beauties from the touchline.

Of course young Marsh has big challenges ahead, and the next one away to the league-leading Scarlets a week from Friday will be one for sure.  But given all our concerns over who would wear the 10 jersey as Messrs Sexton & Madigan were away, we now know we needn’t have worried so much.

There would have been similar concerns over our back row.  Heaslip, O’Brien, Murphy across the Irish Sea, Rhys Ruddock back from injury only for Jack Conan to take a late, late knock himself before this match, and also of course the tragic forced retirement of Kevin McLaughlin.

Enter Dan Leavy against Edinburgh and Josh van der Flier against both Cardiff and Newport!  Hard to separate the two for both technique and enthusiasm around the breakdown area, and in one sequence in particular on Saturday, I think JVDF was involved about 3 or 4 times in the one Dragons phase what with tackling, counter-rucking and jackling before forcing a turnover.

The next youngster in line for my adulation is Garry Ringrose.  If Matt Damon ever wants to portray a rugby player he actually resembles, he can do a lot worse than the former Blackrock College lad - and who’s to say his career won’t be every bit as successful as the great Francois Pienaar himself.

Yes, yes, I know it’s not always a good idea to “big up” young players like that, and perhaps I am going a tad OTT, but we’re talking about talent and potential here and this lad has it to burn.  I could see it as he played for Rock in the 2013 SCT final, I could see it when he lined out for the Wolfpuppies, and I can see it now at senior level.

He likes making the big tackle, he can spot a gap as he showed when he nearly went in for a score from deep inside his own half, and for me the most encouraging aspect of his display on Saturday was the understanding with his skipper..  On several occasions their link ups seemed telepathic.  I mean, I know Isa’s role in Auckland was as a “Mental Skills Coach” but not to this extent!

These weren’t the only good things to come from Leinster youngsters on the day - Ross Molony forced a good turnover and was a solid lineout target, Peter Dooley won a scrum pen on his introduction before getting the head slapped off him by his team-mates, and while he’s moving away from the “youngster” category,  Noel Reid continues to impress in his centre partnership with Ben Te’o.

In fact on Noel Reid, he was instrumental in our opening try, which was also our most impressive one.  After we disrupted a Dragons lineout enough to win the ball, a strong break by van der Flier put us deep in their 22 before Reid gambled on a long, long miss pass which fell right into Isa’s breadbasket allowing him to cross and dot down.

What I liked most about this score was that not only did the attacking mentality remind me of “Leinster’s good old days”, but so did the fact that we hit back so quickly after falling behind on the scoreboard.

There was an element of good fortune about the other three tries which brought us to the bonus point...Tom Prydie got his hand to a Reid chip first only to put it on a plate for Isa’s second; number 3 came after a flurry of penalties where we opted for scrums before we actually lost possession out of one, only for a mix-up between the Dragons halfbacks Pretorius and Tovey gave it back to us before Ringrose went over out wide.  And like I said earlier, Marsh got the 4th after a pitch length series of carries which were virtually unchallenged.

But even with the luck, given our attacking approach, you could argue we deserved the outcome each time.

Seriously though...we ARE sixth but only 2 points off the leaders.  No doubt we’ll have a better sense of “where we are” after our next two outings away to Scarlets and home to Glasgow, but for the time being, with so much distraction going on in the world of rugby union, we should definitely feel good about Leinster’s progress.  I know I do anyway.  JLP