Where does this leave England at RWC2015 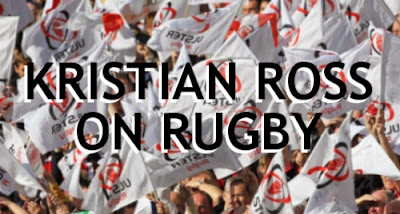 Cast your mind back to the start of the tournament and there was without no question of a doubt that England were pre tournament favourites. Despite the fact they haven’t won a trophy since Stuart Lancaster’s appointment in 2011, not to mention having been skittled by Ireland back in February and embarrassed by France in the set piece during the warm ups, the English media had firmly decided that the host nation would be a shoo-in for the knockout stages. Warren Gatland had other ideas. Despite the fact that Dan Biggar kicked Wales to a glorious victory at Twickenham last weekend, England were far from poor. In fact, they played very well.

Despite the loss (and all joking aside of course), Lancaster’s men were ousted in a game of fine margins, simply not taking their chances and succumbing to a narrow defeat. But alas, there needed to be someone to blame, so cue the “experts” taking to Twitter. Everything from Lancaster’s substitutions, to Sam Burgess not being good enough, to Chris Robshaw’s decision to opt for touch as opposed to going for the draw were all thrown around the Twittersphere, meanwhile the Welsh looked on knowing that their chances of progression were now very good, claiming a famous scalp against their oldest enemy in the process.

Many say that Stuart Lancaster is still the man for the top job, but it’s hard to see just why people think so highly of him. You only need to look at Joe Schmidt’s record in the Six Nations to realise that Kiwi has achieved more than Lancaster in less than half the time. This so called English rugby revolution hasn’t led to the one thing that is critical: success. Should the Australian’s cause even further woe this weekend, the RFU will be no doubt be out for blood? Someone has to take the fall. Lancaster could well be for the chop.

In all of this, credit must be given to a Welsh team who turned around a ten-point deficit in a very hostile environment, with kicking performances that were easily one of the best I have seen in my time as a fan, with the aforementioned Biggar and Saracens fly half Owen Farrell, who yes contrary to many people’s opinions, is still a better option than George Ford. The red dragon reared its head and truly upset the status quo. With many issues now yet to be resolved including the selection of Lancaster’s best team and thought of an early exit costing the economy millions, just where does this leave England at the RWC2015? Short answer… on the precipice.

Want to see your own rugby opinions on the web?
Click "Write for us" in the sidebar to find out how.
at September 30, 2015