Ways To Beat Ireland at RWC2015 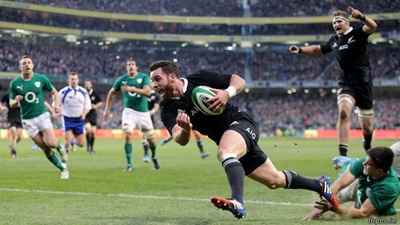 On Monday in my writeup for our defeat at Twickenham in our final warmup match I harped on the positives I saw as much as I could.

Not that there weren’t any positives, more to the contrary...it’s just I assumed the disappointment of any loss to England would have well sunk in by then so it was better to focus on the things we could take forward to when the Big Show kicks off on September 18.

But when you add that to my Official World Cup Mantra of #TrustJoe, you’d be forgiven for thinking my opinion is that the lads are well sorted to win it all at the end of October; “sure just leave it to Joe and the lads and they’ll be grand”.

Well, that of course is not the case.  All you have to do is look at the latest World Cup odds and you’ll see we’re not the only serious contenders by a long chalk and we're under no illusions here at HoR Manor.

So today in an attempt to offer a bit of counterbalance to my green-tinted spectacles from earlier in the week, I’d like to explore some of the obstacles in our path, and I want to focus on five ways in particular…

...by thwarting us at every turn

This has been best characterised by the Welsh in both of our defeats to them in 2015, though it’s a method that has worked well for Warren Gatland over the years.

When we played them recently at the Aviva you could see they were doing everything they could to stop us playing the way we want; chop tackling Sean O’Brien at every opportunity and stifling would-be jacklers by pillars grabbing a sleeve here or tackled players grabbing an ankle there.

Please be aware I’m not complaining about these methods...it’s all part of the game and we need to be able to handle it somehow.

...by beating us at our own game

This is how England have done us over twice at Twickenham during Joe’s reign.

Stu Lancaster puts a similar emphasis on precision and especially last Saturday his charges were laser focused on their plan literally from the opening kickoff where they worked well together in forcing us into a hurried exit plan from our own 22.

Also in their win over us in the 2014 Six Nations they used the choke tackle against us at key moments both at the start and the end of the game.  If we are keen on using these methods and we are having a lot of success with them, then we need to be ready when the boot is on the other foot.

...by being just that goddam good

My NFL team is the SF 49ers and one of their most famous sequences was what is known to fans as “The Drive” when Joe Montana led them down the field in the final quarter to win Super Bowl XXIII.

Well Irish disappointment and self-admonishment were there for all to see in November 2013 when the All Blacks did a “drive” of their own against us [see lead pic - sorry for drudging it up!!!] but given there were no breaks in the action to regroup and make new play calls, in many ways that was way more impressive - there may not have been an actual trophy on the line but New Zealand were chasing a “perfect” calendar year and it took one hell of a series of flawlessly-executed plays to pinch the spoils that day.

That day we really put it up to them but Steve Hansen’s men haven’t held their number 1 ranking for so long by approaching games too much differently based on their opposition; playing to their own strengths is usually enough.

Before the summer I would have put both the reigning champions AND the South Africans firmly in this category but with the Boks’ dodgy form in the Championship plus the off-the-field turmoil I’d say they may be closer to us than I first thought.

What about Australia?  Well I know they have been victorious over Joe Schmidt’s Ireland but that was in only his second “proper” test match in charge so I’d give him a pass - having said that, when we reversed the result last November it was early days for Cheika as well (plus they came close enough to a similar comeback to NZ) and if we meet them in a semifinal it will possibly mean they won that “Pool of Death” so they’d be on a high.  So let’s classify them as a “wild card” when it comes to my categories, and you could do the same with the French though for much more obvious reasons. 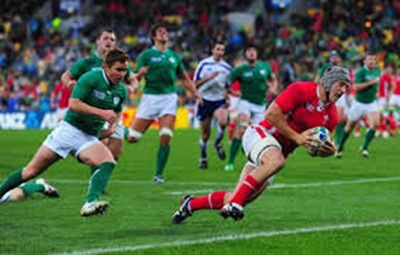 ...by doing it to ourselves

It’s true the Welsh were waiting for us in the tall grass in the RWC2011 quarterfinal and fair play to them but I still firmly believe that we just weren’t well prepared for that match at all.  Like we were half-smug over topping our pool and half-getting ready for our first ever semifinal.

One of the most heartening aspects of the modern professional game is how the players are not only able to consult a sports psychologist when required, but also that they can do so without it raising any unnecessary alarm bells.  The head-space was always a critical element of any sporting endeavour but it’s only in relatively recent times that sporting bodies were giving it the attention and resources it deserved.

Still, while it’s clear that the IRFU have the option well-covered, no matter how well we play at the upcoming World Cup, our attitude and focus will have to be managed - and of course this applies even more so if results aren’t going the way we’d like them to.

...by being on the wrong side of the rugby gods

Bounce of the ball, dodgy ref decision, pigeon flying in the path of a Sexton penalty...none of these are things we can control, but still no discussion about what can go wrong is complete without mentioning them.

And the reverse is also true...few teams have success even at the highest level without a spot of good fortune...just ask the French for getting to the final in 2011, and while you’re at it also ask the All Blacks for beating them in that final.

So there you have it...just in case you thought otherwise, while we’re doing our best to be positive, we’re well aware of what Ireland are up against.  But we’re pretty sure Joe Schmidt & co are aware of it too, and that can only work in our favour.

It’s only until Friday week we have to wait for it all to kick off folks!  We’ve put together a World Cup squad of our own with contributors set to offer opinions on all 48 matches.  We can’t wait to get started, but not having a time machine yet, I guess we’ll have to ;-) JLP