In a new regular feature this season we’ll be sharing some of the initial “keyboard warrior” response to our featured matches of the weekend ahead of our writeup. 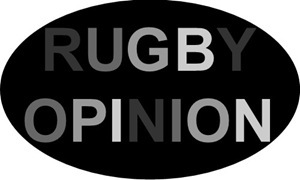 Our C team v their B team. Will take that
Simon Boyne

We were down to 4th choice in some positions and Cardiff were at worst down to second choice in some. We had guys playing 75 minutes as well. Yet we played almost all of the rugby. We were the only ones who looked like scoring tries. And we won, denying them the LBP. That was a pretty good result in fairness with some encouraging performances. I'm quite happy with where we are and where we're going. If not for the incredibly impressive boot on Rhys Patchell then Cardiff would never have been in that game.

Van Der Flier looks like a real player. Great carrier and works his arse off. McGrath getting better too, albeit pass is still slightly ropey. Good to get a win on the board.

Scrappy, messy, but we came away with the points. Improvement on last week, that's all you can ask.

Delighted for Leo Cullen and his young @leinsterrugby squad. No substitute for a W.
— Brendan Hurley (@brendanhurley) September 12, 2015

Definitely an improvement on last week. Intensity was raised, a bit more urgency at times too... Good to see. As others said, if it wasn't for Patchell, Cardiff would have been nowhere...

Well done @leinsterrugby on a great win for the first home game of the season. So happy to have #Isa back leading the charge. #LEINvCAR
— Phil Donohue (@PhilDonohue1) September 12, 2015

Got there, for all the ball we had we did not look like opening them up. At least he has got them playing together with some energy and spirit.

Possibly the most inexperienced Leinster scrum ever to assemble at this level and they got the job done. #COYBIB
— Harpin' On Rugby (@HarpinOnRugby) September 12, 2015