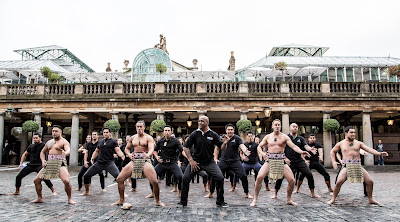 World famous rugby legend Jonah Lomu treated early morning commuters in Covent Garden, London, to one of the most powerful and moving displays in world rugby, the haka.

Passers by were stopped in their tracks as MasterCard ambassador Lomu lined-up alongside 100 participants to deliver a Priceless Surprise to the people of London. The Ka Mate haka, led by the Ngāti Rānana London Māori Club, commenced with the unique sound of the conch shell, triggering the arrival of a Māori leader in traditional clothing to initiate the most iconic display in global sporting culture.

MasterCard ambassador Lomu, said: “It’s always an honour to perform the haka, whether you’re representing your nation in front of 80,000 people or performing for a group of unsuspecting rugby fans. In partnership with MasterCard, I’m really looking forward to personally delivering even more Priceless Surprises to rugby fans as anticipation grows ahead of Rugby World Cup 2015.”

Ann Cairns, President, International Markets at MasterCard, said: “The haka is one of the most iconic sounds and sights in world rugby and this was a rare opportunity for the people of London to experience the traditional spectacle first-hand.

“With the start of Rugby World Cup 2015 almost upon us, we’re delighted to welcome Jonah Lomu as our latest MasterCard ambassador. We are looking forward to working with Jonah to surprise MasterCard cardholders and rugby fans across the world with truly priceless experiences.”

Lomu joins MasterCard’s rugby ambassador line-up, which includes Dan Carter, Chris Robshaw, Martin Johnson, Sebastian Chabal and Keith Wood as fans around the globe have only two days to wait until the start of Rugby World Cup 2015 in England.

MasterCard understands the importance of cities for both travellers and those who live there, through a powerful combination of insights, innovation and experiences, MasterCard is playing its part in developing today’s smart global cities. With cities across England and Wales welcoming millions of fans to matches over the coming weeks, MasterCard is a proud sponsor of Rugby World Cup 2015.

Today’s haka is part of MasterCard’s ‘Turning the world Oval: Priceless’ campaign. For 44 days, rugby takes over the world. To be part of it, visit priceless.com/rugby. 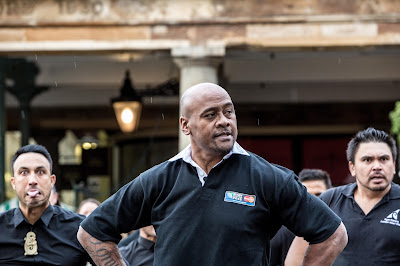