At 37, Cudmore remains a central figure in Clermont's side but it's a different scenario coming up against Ireland without the array of stars he plays alongside at club level.

Cian Treacy - Irish Independent
"They will be back in Fiji around one television hoping the generator doesn't fail them."

New Zealand Herald
Knockon.ie will be bringing you full coverage of the league, with previews every Friday and reviews on Monday.

Knockon.ie
Right now, from the North American perspective, rugby is where soccer was 25 years ago – a sort of sporting Skull and Bones. Exclusive, cultish and very consciously cut off from the mainstream.
It’s time to get on rugby’s bandwagon while there’s still room
Cathal Kelly - The Globe and Mail (Canadian daily)
'Out of my way Wigglesworth!' 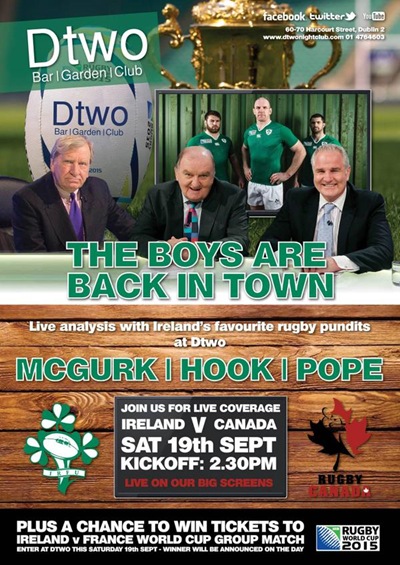