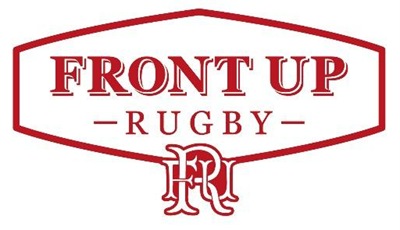 FRONT FIVE IS BROUGHT TO YOU BY
FRONT UP RUGBY
A RUGBY-INSPIRED LIFESTYLE BRAND FOR MEN
Start your day with five eye-catching egg-chasing quotes & links from around the ruggersphere.
Click here for our #RWC2015 Pool B preview
Pool C preview will publish later today
We don’t totally disagree with some of the
points made in the An Spailpín Fánach article
but we do find it interesting that for a sport
that involves 15 players of differing sizes & roles
working their arses off for 80 minutes
there can only be just the one definition
of what constitutes “rugby”…
….defences are better now and fans need
to deal with that as well as the attack coaches

Nicknamed “Cuddles”, which is assuredly heavily laced with irony, Cudmore is an old sparring partner of Paul O’Connell’s

Gerry Thornley - Irish Times
PSA’s confidence stems from the fact that for the first time in his tenure he embarks on a tournament fully prepared, and as one of the few coaches whose plans haven’t been disrupted by injury or suspension.

Why it’s dangerous to write off France

Gavin Mortimer - Rugby World
The World Cup will be won by the team that makes the least mistakes. England are the sensible bet

The Rugby World Cup Will Be a Crashing Bore

An Spailpín Fánach
The IRUPA Player Development Programme will now incorporate the women's 15 squad and recognises them as high performance athletes.
Niamh Briggs Delighted With IRUPA Announcement for Women's Rugby
Sinead Farrell - Balls.ie
"I thought my professional dancing career was over when I was runner-up in Strictly back in 2006, but as you can see I've still got a few killer moves left." - Matt Dawson

English mock All Blacks with Hakarena

Note - views expressed in "Front Five" links do not necessarily reflect those of HarpinOnRugby
at September 16, 2015