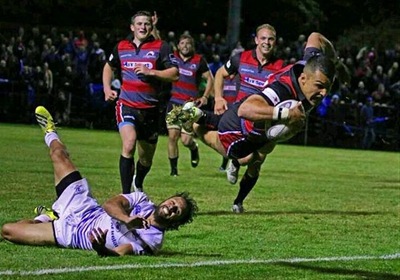 As much as we (ie the Leinster faithful) would love to put the MOC era and the online kerfuffle that went with it behind us, for the early weeks of the new campaign at least, it’ll be hard not to draw comparisons.

In this the fixture calendar been less than kind, because when you take Leo Cullen’s first two opponents this season, in the corresponding fixture last time around in each case we actually managed bonus point wins, despite the fact that his predecessor was charged with irrevocably damaging Leinster offensive output.

So needless to say this opening day result was less than ideal for the new ticket.  But it’s hardly a disaster - a losing bonus point away from home is far from nothing and what’s more, on the balance of play we just about deserved at least that.

This defeat will only hurt us if we fail to recognise where the problems are, and therein lies the challenge for Mr Cullen & co...so whether or not they can do this, only time, and more precisely the next few performances, can tell.

Let’s first take a look at the elements in this fixture we couldn’t control.  And yes, I’m about to harp on the ref again, but I’ll try to keep it as brief as possible this time - no Vine demonstrations I promise!

How can I critique Peter Fitzgibbon in the most diplomatic fashion?  Well, first of all, neither he nor any Irish ref should ever be near a match like this.  It’s a constant bugbear that a league spanning four nations can’t find neutral refs for every fixture and this is something that needs sorting.

As a result we often have referees trying to “overcompensate” so as not to appear biased...this has worked as much for Irish provinces over the years as it has worked against us.  Perhaps the SRU and FIR can’t supply enough officials to handle all the Hiberno-Welsh clashes but if that’s the case perhaps we need to look outside the Celtic League nations.

Still...to say Fitzgibbon is “whistle-happy” would be an understatement.  Let’s just say if Nigel Owens had been the ref on this occasion, maybe the result would not have been different, but the man-of-the-match certainly could have been.  With a whopping 19 tackles to his name Dan Leavy was immense on a night where the back row was always going to be the most competitive area and other refs would certainly have pinged him less.

I also thought Fitzgibbon was inconsistent, warning Leinster for high tackles as per the World Rugby directives yet ignoring one by Manu on McFadden in the second half.

But we must move on...I hate blaming the weather more than I do the ref but I swear the rugby gods were having a laugh with us at half time...as the players went in for the break level at 3 apiece it seemed to be a calm enough evening at the alternative (though should be permanent IMO) Meggetland venue - yet as the second half kicked off not only was it full on dark, both rain and wind were driving into the faces of the Leinster side receiving the kickoff

Of course Jack Conan and Luke McGrath are professionals who should have coped with the conditions better and dealt with the restart but the climate change was so stark I’d be inclined to give them a pass.  Still - the error had us under the kosh from the off and we couldn’t buy our way out of our own end of the pitch for the first 15m of the second half.

A good thing about that particular spell was that despite the immense pressure it took the home side that long to cross our line, and when they did it was in the furthest extreme of the corner.  This was down to a defence that seemed solid - with Kurt McQuilkin back in charge we’d expect nothing less and if we can bring this level of organisation forward you have to believe the results will improve.

I certainly wouldn’t fault Leinster for shipping 16 points in this match...where we need to look at is the other side of the scoreboard and ask ourselves why we only got the nine.  And here the ref & weather things only get us so far.

For me where we were most lacking was in the delivery from the halfbacks.  Our centres Noel Reid and Ben Te’o are both superb strike runners yet whenever they received the ball they had Embra tacklers in their faces.  Sure, the home side’s line speed may have been good, but we never appeared able to adjust.

Now I want to be careful what I say here, because this is about a young lad I feel has huge potential and has certainly earned the 10 jumper for this portion of the season, but hopefully Cathal Marsh will concede this wasn’t an ideal Pro12 debut.  If we really want to we can tag Matt O’Connor with the display as perhaps Marsh and some of the other up-and-comers could have had game time at the back end of last season, but as of now that’s neither here nor there.

It wasn’t until the introduction of Isaac Boss and Ross Byrne that we showed any signs of real progress with the ball, reacting well to the first Edinburgh try and marching down the field earning a pen to narrow the lead back to just the two.

But from there the offensive niggles just came back to haunt us, with what seemed a simple enough exchange off a maul from Bryan Byrne to Boss being botched in what seemed to be our best chance to broach the Edinburgh try line.

I also thought that despite that maul error we could have had another go when we won a pen at halfway on 68 minutes...instead Isa went for the posts and it was just about on the edge of his range.

Then when it next came to Edinburgh attacking our line we had Dominic Ryan, on for skipper McLaughlin who had yet more injury woes, both pinged and carded for illegally disrupting a maul and the extra man allowed the space for Hoyland to go over for his second try and seal the points for the home side.

Like I say however, the losing bonus point has to be worth something and hopefully with a few tweaks here and there we can bounce back in our home opened next weekend.

What tweaks would those be?  Well for one thing I’d give Mick McGrath a run on the wing at the expense of Darragh Fanning, though my reasons would be tactical rather than punitive.  There’s a decent amount of Leinster fans who seem absolutely dead set against Fanning’s involvement with the senior set-up and for me I just cannot see why.  He may not be in our top three wingers at Champions Cup time, and he has made errors at times, but no more so that I can see anyway than others.

The reason I’d have McGrath is because he has a different approach which for me anyway would be more suited to the “Leinster way” of which Leo himself has spoken.  If we can get our backline running from deeper then the likes of Reid, Te’o, McGrath and Adam Byrne can certainly do some damage.

In the pack, well we did ship a few penalties, but to be fair the honours on that score were about even between the two sides and we’ve already covered the ref.  Tom Denton is another who I feel attracts too much unwarranted negative attention...perhaps his early appearances in blue weren’t great but I thought he had a lot to contribute last season and seems to be able to call the lineouts well.

So overall, while I was a bit gloomy watching this match live, I saw a lot more positives the second time around.  Not the best start, but nothing in there that isn’t fixable.

And we don’t even necessarily have to go to the old “Leinster never do well in September” mantra for a tenuous path to solace...we can also point to the fact that Anthony Foley, another some say may have been promoted a tad early to the top job at his province, also lost to Edinburgh in his Pro12 debut this timke last year.

Here’s to a triumphant return to the RDS next Saturday.  JLP