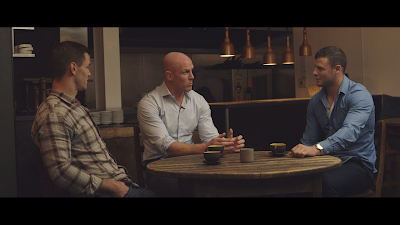 “If we were the same as we were in last year’s Six Nations, we will not be successful”

Three, proud sponsor of the Irish rugby team, has released the first instalment of its new #AllitTakes short-film series, featuring Irish rugby stars, and Three ambassadors, Johnny Sexton, Robbie Henshaw and Paul O’Connell. The first of a three-part series sees the trio open up about RBS Six Nations success, relaxing off the pitch and stepping out of the shadows to claim key roles in the team.

Speaking about getting ready for the biggest tournament of their lives, Paul O’Connell says that competition is high, and this is bringing the best out in everyone: “We have the best players in the country there, so it should be a higher standard. There’s a great vibe because this is the top of the game in the country.”

Robbie Henshaw admits that he struggled with being the 24th man during the successful 2014 RBS Six Nations tournament, which O’Connell refers to as his “internship”, but Johnny Sexton shed even more light on the thought process behind that plan: “It was Drico who decided that (Henshaw) would take over his jersey.”

Henshaw was just a schoolboy the last time his teammates were preparing for a similar adventure four years ago. Henshaw recalls: “2011 was an incredible time. I was in 5th year in school, and I remember getting up at all hours in the morning to watch the Australia game and the crunch match with Wales. I remember it like it was yesterday.”

Paul O’Connell had a different perspective, as he remembers trying to enjoy the journey via some downtime before the tournament started in 2011. “We learned a few lessons from 2007, and that first week in Queenstown we did a lot of other things, like white water rafting, bungee-jumping and luge,” the captain revealed.


Fans can catch the short film and join the conversation on three.ie, www.facebook.com/3Ireland or @ThreeIreland.