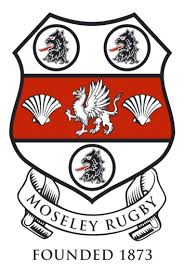 The second of Leinster Rugby's pre-season fixtures has today been confirmed for Friday, 28th August against Greene King IPA Championship side Moseley RFC in Donnybrook (Kick Off: 7.30pm).

Leinster play Ulster in the first pre-season friendly away on Friday, 21st August before attention turns to Moseley RFC a week later.

Moseley last played against Leinster as recently as 2014 in the British & Irish Cup and former Irish international centre Kevin Maggs is their head coach.

During the 2013/14 British & Irish Cup season Leinster A won both ties against Moseley, away 22-24 and at home in Donnybrook 23-13 before going on that season to win the competition outright.

Some of the players playing that night in January 2014 will again hope to be involved this time around including captain for the match Luke McGrath, Cathal Marsh, Colm O'Shea, Ed Byrne, Bryan Byrne, Josh van der Flier and Peter Dooley.

The game against the Birmingham based outfit will give Leo Cullen and the rest of the coaching team one last chance to look at the options at their disposal before their first game of the 2015/16 season away to Edinburgh on Friday the 4th September.

Leinster's first home game in the Guinness PRO12 is on Saturday, 12th September against Cardiff Blues before they welcome the Newport Gwent Dragons to the RDS Arena a week later on the 19th.

Leinster also confirmed today two dates for open training sessions as part of their pre-season programme. Leinster will visit Edenderry RFC on the 4th August and Skerries RFC on the 14th August.