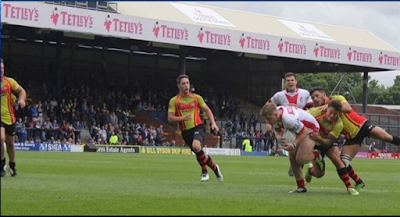 The Irish team will be made up of a mix of players eager looking for their first taste of international rugby, and players who have played at the highest level and will be looking to get another win under their belts ahead of the other two matches vs Serbia and Malta.

Some names stand out of the training squad, such as Casey Dunne, one of only a handful of domestic players to play for Ireland seniors in recent years, impressing head coach Mark Aston in Ireland A's last year and earning himself a starting wing jersey on more than one occasion in the European championships, where Ireland came a close second to Scotland only falling behind on points difference.

He'll be joined by a host of Ireland A teammates, including Curtis Stewart, Adam Cox, Gareth Gill, Wayne Kelly, among others. Also present are students players Connor Phillips and Dewi Harrison, showing the strong pathway in place from Ireland students. Ireland have tremendous pace out wide, but the forwards will need to set up a good attacking platform for these to be put to use.

One thing's for sure - Head Coach Carl de Chenu is going to have a selection headache.

Belgium, ranked 10th in Europe, are coming off a very narrow defeat to Malta in Headingley stadium, Leeds with a drop goal in the last minute separating the two sides. Speaking about the match, assistant coach Zakaria Zoubir admits that the preparation was not the best, only having one session before the match with all players selected, and Belgium needed 40 minutes before playing their own rugby style, which is evident in them coming from 20 points behind ten minutes into the second half.

"Our match preparation has been a lot stronger for the Ireland game, with the small errors made in the Malta match being worked on and cut out."

"We believe that we are ready to step up the challenge laid down by the Irish on July 12th and it is sure to be a great game."

"Yves Michael Kazadi, the president of the Belgian Rugby League, wants to see the players playing against one of the best teams in Europe, which we will get in the form of Ireland. We would like to thank the RLI for organising this game."

Belgium are a very physical side with skilled half backs, so Ireland will have to stay alert in the centre of the pitch, where most of the work will be done. Belgium will have a distinct advantage however, having been together for a lot longer than the Irish team.

Players to watch for Belgium include Agim Coroli, a young promising prop forward with a big engine, Yvan Leroyer, a playmaker with a solid kicking game, and Yann Bertrand, Man of the match in their game against Malta. With Head Coach Tony Benson at the helm of this Belgian team, you can be sure it's going to be a great game of rugby league.


Tickets are on sale now on Ticketmaster, priced at €5 for an adult,
Students/Kids u16/OAPs go free.
KO is 3pm In the Carlisle grounds, Bray, Co. Wicklow. 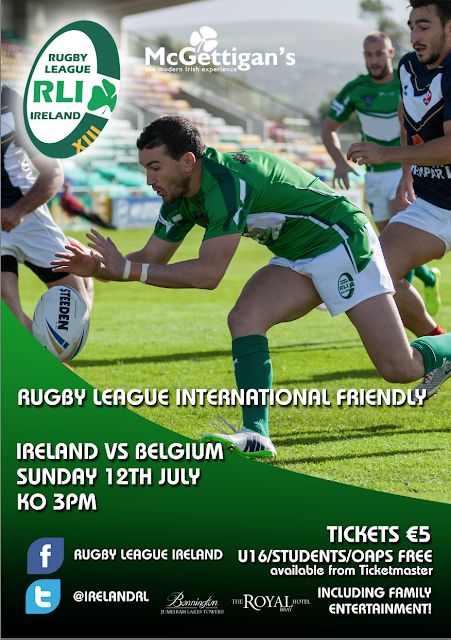