What’s the craic with D’Arcy? 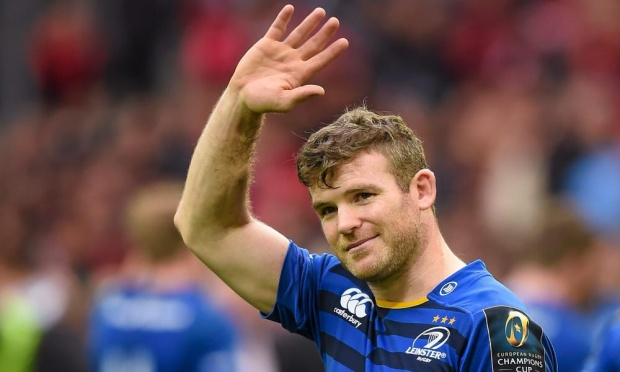 Leinster and Ireland are set to lose the other half of the world’s greatest centre pairing after the RWC. Gordon D’Arcy, Leinster’s other previously dodgy blonde centre has announced his retirement after the world cup. Having reached 256 appearances for the province, a record number, to say the very least he has had a really good career here.

There is now a rather large question mark over whether or not D’Arcy will make the cut for Schmidt’s world cup squad. He has signed a four month contract with the IRFU which at least gives him the chance to fight for a place in the 31 man squad. Competition for places is high. I think his experience would be beneficial but I am wondering if their is room for him. Part of me would like to see him play for Ireland at least one more time but another part isn’t sure if that’s what’s best for the team. Do we need experience over youth and pace? Schmidt seemed to have it covered with Madigan on the bench during the 6 Nations who can play out half or centre. Perhaps he’d be better off staying with Leinster as cover for the World Cup. Their younger players will need someone of his experience to guide them whilst the more senior players are off winning the World Cup!

Let’s just assume for a minute that nine places will be occupied by front row forwards (4 locks and 5 backrowers) that leaves us with 13 places for the backs. 2 outhalves (one of which obviously being Sexton), possibly 3 scrumhalves and I’m certain Henshaw, Payne, Bowe and Kearney will be named. This leaves 4 places for centres and wingers. Zebo, Trimble, Fitzgerald and Earls could all very well feature in the wings.

It comes down to this, will Joe Schmidt trust Ian Madigan enough at 12 to bring him in as the final centre behind Payne, Fitzgerald and Henshaw or select him as 2nd choice 10? If selected at centre, it would allow room for another outhalf after Sexton, leaving D’Arcy and Jones compete for the final backline spot.

Personally I think I’d rather see Madigan as second choice outhalf. I think he’s better than Keatley, who in my opinion is only average, Madigan has the potential to pull off moments of magic whereas Keatley I find much less likely to do so. Although after Ulster’s recent performances I wouldn’t be surprised if Jackson was back in the running.

Basically, even if Schmidt decides to take one less forward, there’s still no certainty that D’Arcy will make the cut. If it were down to me I’d select D’Arcy over Jones in that situation as I feel the squad would benefit from his experience. We can’t forget that players like Henshaw are young, extremely talented, but have never played in World Cup. There’s still the warm ups in the summer which will give us a clue as to where the players are at in terms of form and fitness so we’ll just have to wait and see how things pan out over the next few months.

Emma McGarry - Hugely interested in all aspects of rugby. Supporter of Irish and Leinster Rugby. "Knowledge is knowing a tomato is a fruit, wisdom is knowing not to put it in a fruit salad" - Brian O'Driscoll

*****
Want to see your own rugby opinions on the web?
Click "Write for us" in the sidebar to find out how.