Turning a draw into a win by Mybookie.ag 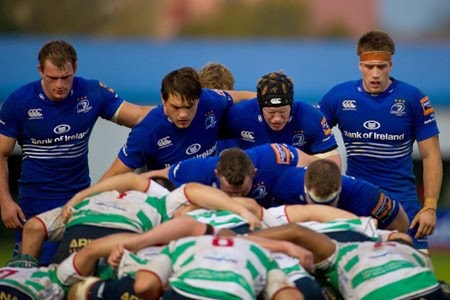 Lord knows I have made many a poor rugby bet in my day.  I’m one of those punters who looks for the most unlikely upset to happen; generally it’s only myself who turns out upset!  Luckily there are ways to take the next step after a bad game with this useful betting guide.

Today, I’d like to look at ways you can be creative with your betting plans for a given series of rugby matches and perhaps make a few extra shillings in the process.

It is generally rare for scores to finish level in rugby matches, since with different ways to score a team behind in the final minutes will often plump for the option to win.

But for Leinster this season there have been more drawn games than usual.  It started back in November with a 24-24 scoreline against this Friday’s opposition, Treviso (see photo).  That was it for the ties until the end of January when they really took off.

Our final pool match in the Rugby Champions’ Cup saw Wasps come back from 6-20 down to force a 20-20 draw which left us perilously close to missing out on a home quarterfinal.  Then during the Six Nations we let slip another lead this time in Swansea where it finished up as a 9-9 snoozefest against the Ospreys.  There was nothing boring about Pro12 leaders Glasgow’s visit to the RDS at the end of March, however - we went from down by 20 at halftime to up by 7 but still couldn’t hold on and it ended up 34 apiece.

Naturally our most well-known draw of the season ended up in defeat as it was against Toulon in our Champions Cup semifinal in Marseille.  A late Jimmy Gopperth drop-goal attempt drifted narrowly wide and the final score after 80 minutes was 12-12, only for the reigning champions to go on and pip us in extra time.

For the most part Leinster fans have been disappointed with our drawn results this season.  As I have shown, more often than not we were in the lead at one point only for our opposition to come back, and had we turned even a couple more of those matches into wins, we’d still be in playoff contention now.  However, a draw isn’t always a disaster in that with four tries (as has happened twice this season for us) you end up with 3 points on the table which is only 1 short of a regular win.

Why am I “drawing” attention to these results, you may ask?  Well, should you manage to click the right one with a bet, it can be very profitable.  Bookies tend to offer odds around the 20/1 mark for the scores to finish level - I certainly wouldn’t risk too much of your wedge on the outcome but when your plan is to invest a certain amount on a day’s rugby card it certainly is no harm laying off a few quid on a match where you feel the sides may be inseparable.

For the weekend coming there are some ties in the Top14 that look promising if you want to go for the draw...Bernard Jackman’s Grenoble host a Clérmont side still smarting from their loss in London while the Paris derby between Johnny Sexton’s Racing and Stade Francais is bound to be close.   Both are a tempting 18/1 to finish level.

But don’t just go by my word, just keep the draw prices in mind when looking at your prospects.  Happy punting! JLP
at May 06, 2015