As Leinster fans we’ve already had to answer the province or country question, writes Ciaran Duffy 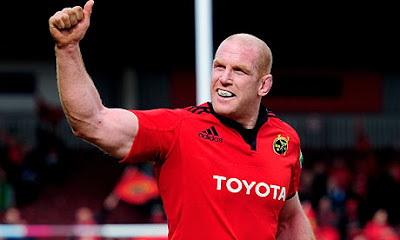 When Leinster supporters were faced with the prospect of losing Joe Schmidt a few seasons ago, we were left with a tricky question to answer, do we want our province to continue to have success, or do we want our national team to turn into world-beaters?  In hindsight, with the success of Ireland under Schmidt, there seems to be a general consensus that it was the right move, one that could ultimately deliver a world cup.  But when an issue like this comes about, it’s always interesting.

There’s never really much debate about whether country or province comes first in rugby.  It’s country.  Watching Ireland win the Six Nations last year was a better feeling than Leinster winning a Pro12.  That being said, we have to sit through a lot more of Leinster than we do Ireland.  In a non world cup year, it’s the five Six Nations matches, and then the summer tour and autumn internationals.  This season we’ve had to suffer through a lot of poor rugby before having anything to celebrate.  Seeing Ireland win a World Cup would easily trump anything at provincial level, there’s no question.  Ireland’s recent success has been overdue and has already delivered some great Irish rugby memories.  But it’s easy to feel a little bit aggrieved as a Leinster supporter, in that we have had to lose more than any other province to contribute to this success.  It’s a been a tough year, made tougher by the success of our biggest rivals.

Which brings us to Saturdays Pro12 final.  For the first time since the return of the knockout stages, Leinster haven’t qualified for the final.  Formerly the team setting the standard that the aspiring champions would have to exceed, it now feels like we’re very much the third province.  I don’t really consider making it to the European Cup semi-final a success.  Leinster got through due to the lack of experience in that Bath side. They had the easier pool of the provinces, and topping it was largely due to the inconsistencies of Wasps and Harlequins.  Semi-finalists only in name, not in performance.  I would go as far to say Leinster had the most disappointing season of the provinces.

Ulster pretty much crashed out of Europe after their first two pool games but their league run has made up for it.  While they will be rueing missing out on a home final, the performances against Leinster and Munster give them plenty to take away.

Connacht have had their best ever season and should feel aggrieved to have not at least had the opportunity to play Bordeaux at home to get into the Champions Cup.  Injuries came at some pivotal times for them and that’s really what cost them, but still, they far exceeded their previous best seasons.

Munster have the opportunity to win the league and have been consistent all season.  Leinster on the other hand, failed to live up to anything resembling the expectations they have set themselves.  In one season, Leinster have gone from being one of the best in Europe, to one of the teams who left it late to secure European Cup rugby next season.  Despite this being Leinster's shortest season in a while, it’s really dragged on.

So... can we support Munster on Saturday? Do we need our misery added to by them getting notions about themselves being the best in Ireland again?  These are the moments that make it difficult to choose over national pride and provincial rivalry.  One of the great moments in Irish rugby was Munster finally winning their first Heineken Cup.  But it’s always a little bit different in European Competition.  A fact that is entirely due to the presence of the English and the French sides.  Back at home, Munster are still Leinster's biggest rivals.  They may deserve the league this year, but it’s going to be painful to see Munster take the Pro12 title and the bragging rights, two things that Leinster have had a patent on in recent times.

In terms of what’s best for the tournament, Glasgow winning would be good for the competition.  A first Scottish winner would give new life to a league that has seen other a lack of quality contenders in recent seasons.  The Welsh don’t have the same interest at provincial level and have begun to wane, and the Italians remain glued to the bottom while self-high-fiving over the fact that they are still in the league.  The Warriors have improved considerably in a number of seasons and the pro12 would be a deserved accolade to honour this.

However there is one factor that beats out rivalry, a large ginger factor.  Paul O’Connell has now made it clear that this is his last season with Munster.  O’Connell has always been a leader, whether it was going good or bad, he was going 100%.  He’s been quiet for most of the season about whether or not he’d retire.  He hasn’t tried to stir anything up, which is a testament to how much he puts the team first.  Just like how O’Driscoll deserved his Six Nations and league to send him off last year, O’Connell deserves the same.

At the end of the day, we are in a World Cup year.  We need all the momentum we can get.  Why would we not want key players including our first choice scrumhalf, two key leaders in the pack, and several backs pushing to get into the squad, to go into the tournament with all the momentum they can.  Munster winning is what’s best for Irish rugby.

So my fellow Leinster supporters, we’ll just have to suck it up one more time this season and remember a successful World Cup will be more than worth having to see Munster's name on a trophy we’ve come to know as ours.  On the bright side, their win will draw all the sunshiners back over to the red side, and they can try to explain why the scrum has to be reset.

For now, come on Munster.