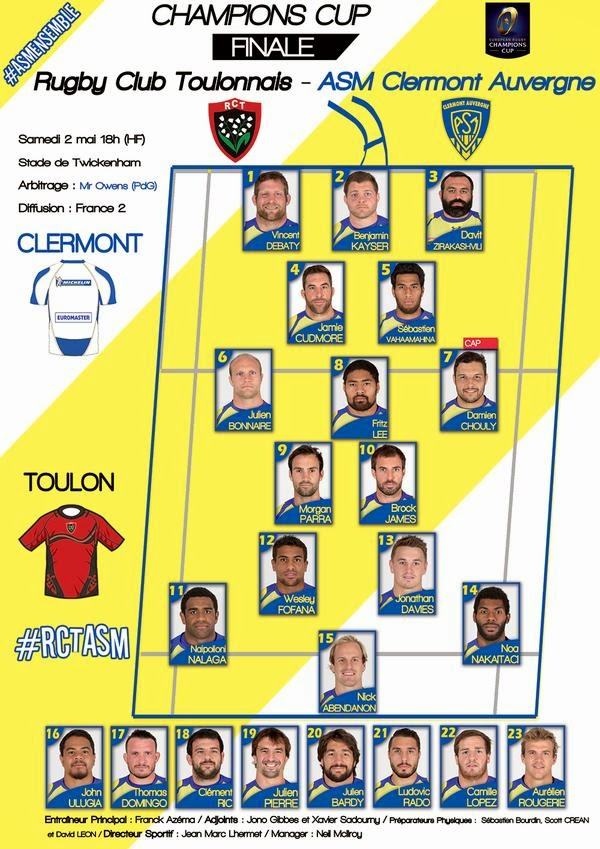 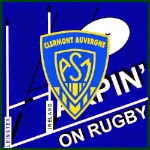 OK - I’ve had my moan about how the new improved European competition isn’t so new nor is it really that much improved.

I’ve also had my little gag about how they haven’t been able to fill Twickenham even with special offers.

But in all seriousness, there are two trophies to be won this weekend and I sincerely hope that whatever the turnout they provide us with some entertaining rugby worthy of the occasion.

This evening we have the main event, and while neither impressed in their respective semifinals, you certainly cannot claim they aren’t worthy of such big stage.  Again.

And it won’t come as a major shock that I am squarely behind Clérmont for this fixture, though it’s a lot more about wishing good things for their tremendous fans than it is anything to do with disdain over Mourad Boudjellal’s deep pockets.

It should be a fascinating battle on multiple levels.  ASM have attacking options to burn but should the Toulon defence get a hold of them they in turn have poaching options to burn.  The hope is that the two do not cancel each other out but what I am counting on is the Jono Gibbes effect on the Clérmont pack to get an upper hand and provide that teeny tiny bit of space their backs will need to get through for a decisive score.

There is also the possibility that it will simply come down to a place kicking contest between Leigh Halfpenny and whoever gets the nod between James & Parra.  If that happens we have no better man than Nigel Owens holding the whistle so we can be sure the calls will be both correct & consistent.

Even if we don’t have a try with so much at stake for both teams (first Euro title vs first-ever 3 in a row) it is bound to be an enthralling contest and all joking aside I am very much looking forward to it.

The bookies have the reigning champs by 2 points but much like the Challenge Cup final I’m defying them and going for Les Jaunards to shake their “chokers” tag and actually pull away in the final quarter to win by at least 6.  If ASM do end up victorious, I wonder if Monsieur Rougerie will be the one to receive the trophy.

Here’s to a weekend of entertaining cup rugby! JLP