All four provinces will be behind Paulie & Munster this weekend, writes @KristianRoss7... 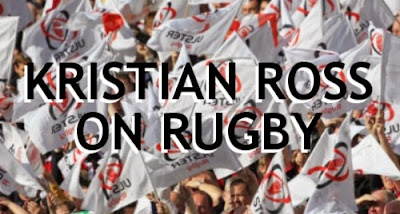 So after a dive that disgusted many, two dramatic playoff semi finals and the confirmation that a legend of the game would bow out from the province he has served so well, the PRO12 Final line up was confirmed as Munster and Glasgow will aim to overcome the final hurdle at the Kingspan Stadium this coming weekend.

In a bizarre twist, Ulster who so many had predicted would finally ditch the tag of the “nearly men” and go on to a home final in Belfast were pipped to the post by a Glasgow Warriors side that many won't be cheering on after some truly unforgivable antics by Nikola Matawalu late in the second half. As the six foot South African wing, DTH van der Merwe went over the whitewash with just minutes to go, Finn Russell converted from an impossible angle to send the Scottish side into the final for the second consecutive season whilst leaving a bitter pill to swallow for the travelling support. Ulster simply never recovered from the penalty Ricky Lutton gave away before Matawalu’s performance that was worthy of an Oscar, but nonetheless probably should have finished off the Warriors well before the end, despite some perhaps questionable refereeing decisions by George Clancy.

Now with Munster the only Irish hope in the competition, the loyal Red Army descended on Thomond Park the following day knowing if the Ospreys caused an upset, they would be the first team to win an away semi final in the playoffs, a staggering statistic that once again proves just how vital home support is. In a game that Munster failed to excel with the boot, CJ Stander put in a shift that will be remembered for at least the next ten years and the game that kept on giving provided the ultimate drama as Josh Matavesi’s try was ruled out by the TMO, Gareth Simmonds. Understandably the Ospreys players weren't happy, surrounding referee Nigel Owens. Ironically, it was Munster who liked Ulster should have killed off their opponents well before the end, but unlike the northern province, they had the luck of the drawer and will make the 235 mile journey to Ravenhill.

Munster fans didn't just appreciate the effort of their team, but the efforts of Paul O’Connell who admitted it was probably his final game at Thomond Park. Not many have given as much to their province as the giant from Limerick, as another chapter of Irish Rugby seemingly is seemingly coming to a close, but not quite yet, as he will stand up and fight one last time to try win one last trophy.

With the final drawing closer, both teams ultimately have what it takes to go on and win the tournament, with the Warriors as my pick to go on and lift the cup for the first time. The pedigree they have shown this season has been nothing short of outstanding, with Gregor Townsend deserving huge credit for how far he has brought the club on.

But the truth is, if you are from anywhere in the four provinces, you’re wanting a Munster win, you’re backing the Munster team and most importantly, you’re wanting to see that cheeky grin on Paul O’Connell’s face, just one last time…