Leinster Looking to Regroup for a More Positive 15/16 Season 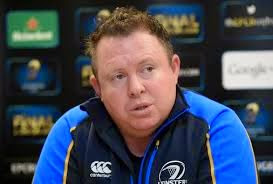 It has been a very disappointing season for Leinster, who have come second best more often than not. This raises a lot of pressure on coach Matt O’Connor. As the end of the season approaches, the club have to worry about a lot of other things as well. The club are usually fighting for a play-off place at this time in the campaign, but a win over Benetton just keeps the team in the fight for a fifth spot in the table. Munster are the favourites for the title in the Pro12 Grand Final odds from Betfair at 15/8. Ospreys, meanwhile, are favourites to be the regular-season winners at even odds.
The Rugby World Cup 2015 is just around the corner and a number of players from the Leinster will be involved in the tournament. This becomes a major headache for O’Connor, who will already be planning towards next season. There have been positives in the season, but it has been far and few between. A complete overhaul of the squad may not be necessary, but there has to be significant changes done in several areas for the team to be competitive next season.
One of the few positives in the season has been their appearance in the European semi-final. RC Toulon, one of the strongest teams in the tournament, only managed to beat Leinster by a narrow score. This led to rave reviews for manager O’Connor and his players, but it did little to distract the critics from the poor domestic campaign. The applause for the performance against Toulon had been drowned away by the criticism for the club’s league campaign. Seeing rivals like Glasgow and Munster preparing for the play-offs will undoubtedly be a major disappointment for Leinster and the supporters.
There is little option for the coach to improve the squad by adding new players. Isa Nacewa completes the overseas quota for the team and this leaves the coach with little room to manoeuvre. Leinster are aware that they will be depleted severely in a couple of positions during the World Cup. Front-row and scrum-half are the positions identified by the club as being vulnerable during the World Cup period. Assistant coach Richie Murphy admitted that the club cannot be too optimistic about bringing in new names to overcome the lack of personnel.
Murphy hinted that the club will be turning towards the academy in order to solve the crisis. Since a number of youngsters from the academy have already spent time with the first-team, Murphy feels that the pressure of the early season will not show on the squad.
On the positive note, Leinster came very close to beating Toulon. The French club are backed at EVEN odds by Betfair when it comes to being the favourite to win the Grand Final in the French league. This would have seen them reach the final of the European Cup, which seemed improbable only last season when they were knocked out at the last eight stage. Ireland are the fourth favourites to win the World Cup at odds of 7/1. If Ireland are sent home earlier than expected, it would be a welcome news for Leinster. New Zealand are seen as the overwhelming favourites at odds of 6/4.
Mike McCarthy denies suggestions that Leinster players were too relaxed for their own good. He stated that the players gave 110% especially in the matches against Toulon. However, some crucial away results going against the club were a major factor in this disappointing end to the campaign. The work for the 2015/16 campaign has already begun and O’Connor will be hoping for a positive season.
Harpin' On Rugby
at May 16, 2015