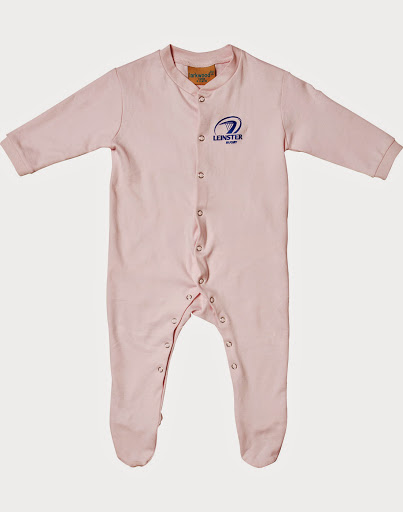 
I’m pretty sure you’re not able to read just yet, being only a couple of days old and all, but hopefully this letter will stay on the mighty world wide web until you can.


First and foremost, it was an immense honour to be there to welcome you into the world on Friday.  It’s a world about which I am very much looking forward to helping you learn.


May the 8th this year happened to be the 70th anniversary of another celebration, when people all over Europe were happy to be getting along once more. Now I'm very happy to have something else to remember the date by in the future, that of course being your birthday.


Today I'd like to tell you about a game called rugby, and since the people reading this letter the day I post it to my website are used to your Daddy harping on this subject week in week out, I’d better do it soon or they’ll click away and never come back!!!

Your father used to play rugby when he was younger and now he enjoys both watching and writing about other people doing so.  It isn’t played extensively all around the world just yet but who knows - by the time you’re old enough to read this, it could be.

As it happens you’re very lucky to have been born in a place called Ireland where the game is getting more and more popular every year, and as a bonus the women’s version is growing even faster so if it’s something you’d like to do I’ll help in every way I can (no pressure though!). And one of it's many beauties is that whatever your size, shape or ability, there's bound to be a role for you in any rugby team.


My favourite club is called Leinster, and they often play in a magical place I can't wait to show you called the RDS.  In fact, they were playing there on Friday, kicking off against Treviso about ten hours after you were born.  Needless to say this was a very rare occasion whereby I wasn’t even remotely disappointed to miss out on being there to watch a Leinster match!


Eventually after I got home late that evening and put your older brother to bed, exhausted and all as I was I watched the game on a big bright screen in the corner of our sitting room.   In a while you’ll probably get to meet some new friends through that screen like Upsy Daisy and Peppa Pig but other times you’ll wonder why your Daddy is shouting and roaring at it, so I’m just telling you right now it will probably be something to do with rugby.


Now I’m not always shouting and roaring because I am angry...sometimes it’s because I am happy.  Like on Friday when Leinster started really well and got a try after just 8 minutes from captain Jamie Heaslip.

Oh wait - I just realised you probably don’t know what a try is.  Well let’s just say that of all the things about rugby that need explaining, that’s the least of your worries!  So for now take my word for it that it’s good when your team gets one of those "try" things.


Unfortunately, from the time we got that try to the end of the match, I was screaming at the screen for all the wrong reasons.  Sometimes I was angry at the guy who was holding the whistle because he wasn’t noticing Treviso players who I felt were doing a bold thing called “being offside”.

Towards the end he did take out his colourful cards and show them to one from Leinster and two from Treviso as they were being very VERY bold. I felt maybe he could have taken them out sooner for the visitors, but that's probably because your Daddy normally watches rugby wearing his amazing blue-coloured goggles ;-)

However, more often than not, I was angry because Leinster were doing some of the things I have been moaning about all season, like not getting production from halfbacks, not winning set pieces in key attacking situations, and slipping off first-up tackles (see what I mean about complicated terms? Don't worry - you're in good hands with me to help you get to know what they mean).


At least the Treviso lads were having even less luck with the ball and not once were they able to put a single score on the board - they had a couple of chances to kick it over the posts and at other stages even get a try for themselves but they failed each time.  So when Jimmy Gopperth got a 3-point penalty towards the end it meant at least we were able to finish the home season with a win.


There was more good news for Leinster on Friday at a place across the Irish Sea where they were also playing rugby.  No doubt in the years to come you will hear stories about princesses locked in towers in worlds where dragons are the bad guys...well this time, the Dragons were very good for Leinster as they defeated some Scotsmen to guarantee that we get to play in Europe next season.


The day of your birth will also be remembered as the last chance for Leinster fans to pay tribute to two great legends from a time, not so long ago, when we were definitely not winding up our season at the beginning of May.


Gordon D’Arcy and Shane Jennings both took different paths for their rugby careers but they still ended up at the RDS when we were winning trophies for fun and their immense contributions will never be forgotten.


You can be sure that over the years you will hear your aul fella harping on loads of other great Leinster players like Brian O’Driscoll, Leo Cullen, Jamie Heaslip, Rocky Elsom, Brad Thorn, Felipe Contepomi...the list goes on and on.

Actually, two are coming back to the RDS for next season - Johnny Sexton and Isa Nacewa, the latter of whom I’m sure a lot of people will assume provided the inspiration for your name!  He didn’t, but maybe if, I mean WHEN you grow up to be a Leinster fan you can tell people he did!


Sometimes, the best players from Leinster join up with those from the other three provinces to form the Ireland team to play Test rugby, one of the highest honours you can achieve in sport.  Here we get to cheer on players whom we don’t normally see at the RDS, but they are no less worthy of our admiration - Paul O’Connell, Rory Best, Robbie Henshaw, Jared Payne...once they put on that green jersey we don’t care where they come from, they are heroes all.  And the women’s game has many legends as well for you to look up to in Niamh Briggs, Jenny Murphy and Sophie Spence to name but a few from the current squad.


Both the men’s and women’s teams are currently ranked among the top, and I mean VERY top, test outfits on the planet and thanks to a wise man named Joe Schmidt, the year of your birth could be an extra special one when the men’s Rugby World Cup is played in September & October, but since your daddy happens to be extremely superstitious I won’t harp on too much more about that just yet.


The thing is, while a lot of Leinster fans are unhappy about the bulk of our performances in recent times (and rightly so), things for Irish rugby in general aren’t so bad.  Leinster did get to within a whisker of reaching the Champions Cup final.  If their clash on Saturday is anything to go by, both Ulster and Munster will do us proud in the playoffs for the Pro12 title and Connacht are still well in the hunt to make it four Irish provinces in Europe next season.


And even if none of the above was true, for this weekend anyway I wouldn’t care a jot because the only statistical analysis that mattered to me involved counting fingers & toes.


So once again, welcome to the world Isobel you’re a little smasher already and soon you’ll be kitted out in your first (and definitely not your last if I have anything to do with it) Leinster gear.  Hopefully my readers won’t mind indulging me just this once with a unique style of match write-up and normal non-”mushy” services will be resumed next week.

Oh - and I should really thank your mother for her role in the having of you - that was kind of a big deal as well! ;-)

Next matches
Saturday, May 16 (all kick off 3pm Irish time)