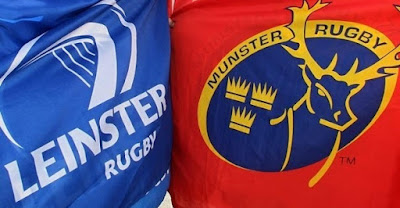 There is no denying the fact that there is something unique about Irish rugby. For some, it’s the specific greenery of the grass, while for others it is the sheer talent of the players and their bonding team spirit. However, as much as everyone would like to avoid it, there is nothing as specific as their rivalry. This is a key characteristic of Irish rugby, so much so that even sport.netbet.co.uk punters tend to account for potential rivalries between teams and individual players before determining their bets.
Speaking of rivalries, there is one that seems to stand out from the rest on almost every occasion they have. It has developed between the teams of Leinster and Munster, and mainly originated from their similarities rather than their differences. To better understand their interrelations, read on for some interesting facts on the matter.

Team Origins
The Leinster Branch was inaugurated a year after the IRFU had been formed, taking part in a meeting at Lawrence’s premises. The official location and date are Grafton Street, Dublin, on October 31, 1879, and what is more, it took place the same year when both Munster and Ulster branches were formed. Ten years later, Connacht also took part in the rugby scene.

2009, Croke Park
The supporters of both teams are rather fierce in expressing their passion and support for the team, but the Heineken semi-final back in 2009 broke all previous records. The attendance of 82,208 which witnessed Leinster’s victory over the current champion Munster was a definite statement for the importance of rugby as a sport in general.

Opposing Brothers
There have been quite a few family relations between the two rivals, but it was brother squabbles that ultimately dominated between the clubs. For one, the Wallace brothers – Richard and David Wallace played for Munster, while their middle brother Paul dedicated two terms to the opposing club, Leinster.
Another brotherly pair is the Fogarty brothers, Denis and John. They were replacement hookers for Munster and Leinster, respectively, in both the 2006 and the 2009 Heineken Cup finals.


Set up by Timothy and Catherine Crowe, this is the oldest and most famous rugby pub in Dublin. The current owner is David Crowe, coming from a long line of Leinster players. What is characteristic about Crowe’s is its sports memorabilia corner, among which you can even find the 1982 Triple Crown-winning rugby ball.
at January 16, 2018